The Political Line of the New Maoist Party in Nepal 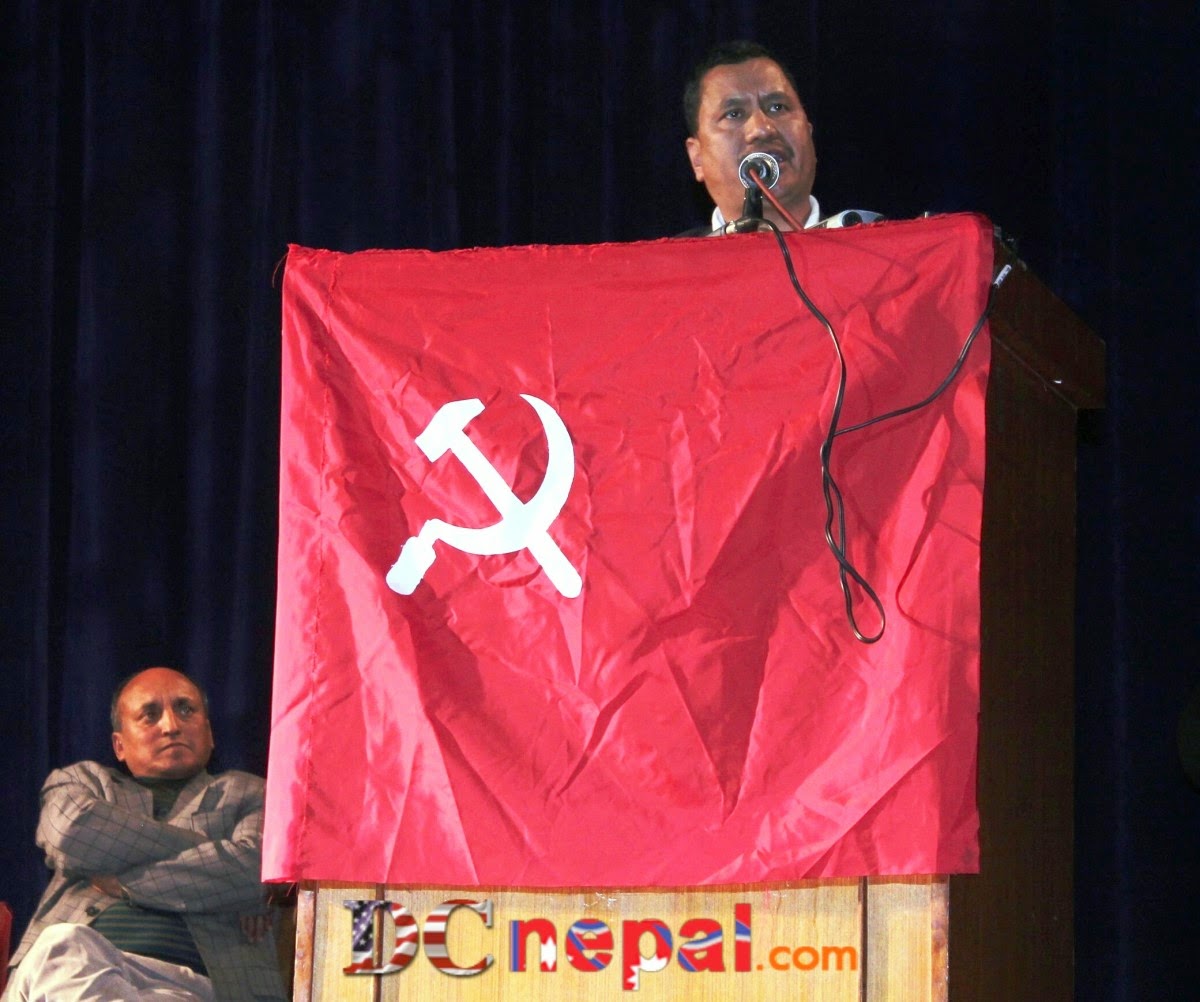 KATHMANDU - Former CPN-Maoist secretary Netra Bikram Chand on Monday officially announced the formation of a new party, the fourth Maoist party to enter mainstream politics since the former rebels joined the peace process in 2006.
The new party, named the CPN Maoist, declared “Nepali Congress and a regime of comprador bourgeois” as its prime enemy.
The party, leaders said, was the need of time to sustain the legacy of ‘people’s war’ after the UCPN (Maoist) and CPN-Maoist ‘diverted from their principles’.
The leaders claimed that the party could go as far as undertaking an ‘armed struggle’ in order to protect ‘national unity, integrity, sovereignty and rights of people’.
Nearly a third of the CPN-Maoist leaders, mostly young ones from the People’s Liberation Army, have joined the party.
Issuing a press statement, the party accused the ruling parties of violating the 12-point agreement and peace process.
“They (NC and UML) should honestly follow the agreement they signed with us in Rolpa before we came to the peace process. We are ready to give our lives if anybody suppresses us,” said Chand, central coordinator of the party. The party further demanded an ‘all party conference’ to resolve contentious issues of the constitution writing process.
The party also asked to nullify all unequal treaties signed between Nepal and India including the1950 treaty.
Chand blamed UCPN (Maoist) Chairman Pushpa Kamal Dahal and CPN-Maoist Chairman Mohan Baidya of undermining the bloodshed of more than 10,000 people and deceiving commoners by joining hands with ‘enemies’ to weaken Maoism within the country.
He, however, said that his party looks forward to working with other Maoist leaders including Dahal and Baidya to ‘complete the people’s war’.
“The ruling parties should understand that Maoism is a movement and not just about individuals. It’s a vision created by common people. They should not be mistaken that the Maoist revolution has ended,” said Chand.
Though their statement does not mention armed rebellion, leaders claimed that the party plans to form its paramilitary wing and set up parallel local bodies just like the war era.
Chand’s document on ‘unified struggle’ talks of launching a new revolution with the support of rural peasants and urban working class along with other marginalised communities.
The party has formed a central coordination committee under Chand to finalise the new party’s guiding principle, organisational structure and strategies.
Another organising committee has been formed under Khadga Bahadur Bishwokarma to hold a general convention on January 7-10.
Posted by nickglais on 12/07/2014 04:19:00 AM

It is good that the new party has made a break, however their break is not radical enough. They need to carefully study BA's New Synthesis of Communism, and put it into practice.