The Central Committee leaders of the CPI Maoists that are housed in the Vizag central prison announced that they would observe a day-long hunger strike in jail on Wednesday on the occasion of World Human Rights Day to protest harassment and threats to tribal political prisoners and their families by the police. 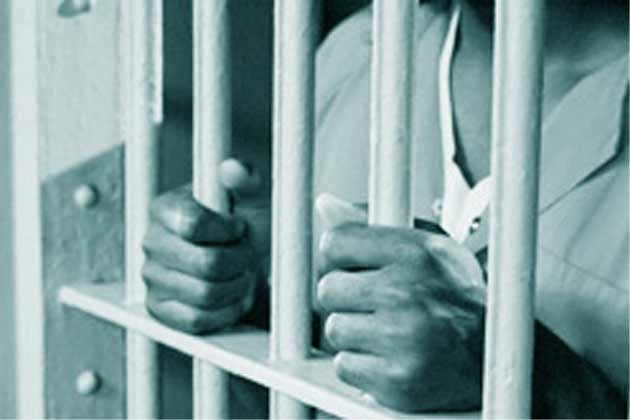 VISAKHAPATNAM: The central committee leaders of the CPI Maoists that are housed in the Vizag central prison announced that they would observe a day-long hunger strike in jail on Wednesday on the occasion of World Human Rights Day to protest harassment and threats to tribal political prisoners and their families by the police.A letter, issued under the names of the central committee leaders including Amit Bagchi, Baccha Prasad Singh, Akhilesh Yadav, Narla Ravi Sarma, Vijaya Kumar Arya and Andhra-Odisha Border (AOB) area leaders Manda Yesobu alias Jaipal, and Marpu Venkata Ramana alias Jagadeesh, was sent to the TOI office on Tuesday.

In the letter, the Maoist leaders demanded that the government stop illegal arrests and threatening family members of prisoners. “The intelligence cops should stop contacting tribal prisoners in jail or in the courts during hearings. Maoists political prisoners should not be re-arrested once released from jail. Cases should be expedited by filing chargesheets in the shortest possible time and in cases that is not done, self bail should be granted,” the leaders demanded.


The incarcerated central committee leaders alleged that the harassment of adivasi political prisoners and their families’ by the cops was increasing by the day in utter disregard to the law and all democratic norms. “Intelligence cops have been picking up family members, relatives and friends of adivasi political prisoners from outside the jail gates when they come to visit them.
They are then pressurised to act as informers and if they don’t agree fabricated cases are being slapped on them by cops. Due to this harassment, family members and friends of prisoners are not coming forward to either stand surety or even visit them.” the leaders alleged.Accusing the cops of waging a psychological war, they said that one of the political prisoners, Pangi Manga Raju, was subjected to so much mental agony that he committed suicide.
They also alleged that Killo Kamesh also lost his mental balance recently because despite being granted bail three months ago, his family members were not coming forward to offer sureties’ due to police harassment.

“Another Maoist, Tambelu Lambaiha, was picked up by the cops again after being released on bail on November 28 this year, even as female Maoist, Tambelu Kamala, has been languishing in prison for more than seven years as an undertrial,” the leaders said in the letter, demanding that her trial either be disposed of at the earliest or she be released on self-bail.

“All these arrests and the rising harassment is nothing but an example of CM Naidu’s brutal rule to benefit corporate bigwigs through bauxite mining in the Agency,” they alleged in the letter.
Posted by nickglais on 12/11/2014 02:36:00 AM