In response to this dispatch, we intend to evict injustice and blight, by occupying St. Louis Police headquarters on December 31st, 2014, at 11am. The decision to reclaim our police department is the result of willful neglect and violence on behalf of the department toward the community, which they are bound, by oath, to protect and serve. Violations include: Committing crimes against humanity, by ending the life of men, women, and children, and then labeling these executions as “justified” without regard for your humanity, and without thorough investigation. Hiring officers, who are unfit to wear a badge, like Randy Hayes, a known animal torturer, and Jason Flannery, who publicly declared he wanted to “shoot Muslims.” Both these men shot and killed two members of our community and have not been held accountable for these egregious actions, but rather have been protected behind a blue shield. Despite thousands marching in the streets; despite our community having to sue our own police department to stop the use of tear gas and rubber bullets; despite urgent demands for broad and substantive reforms, our cries have been ignored. For all these reasons, we intend to occupy St. Louis Police Headquarters as part of our New Year’s resolution to take back our Justice System, and in doing so reclaiming the promise of our future. 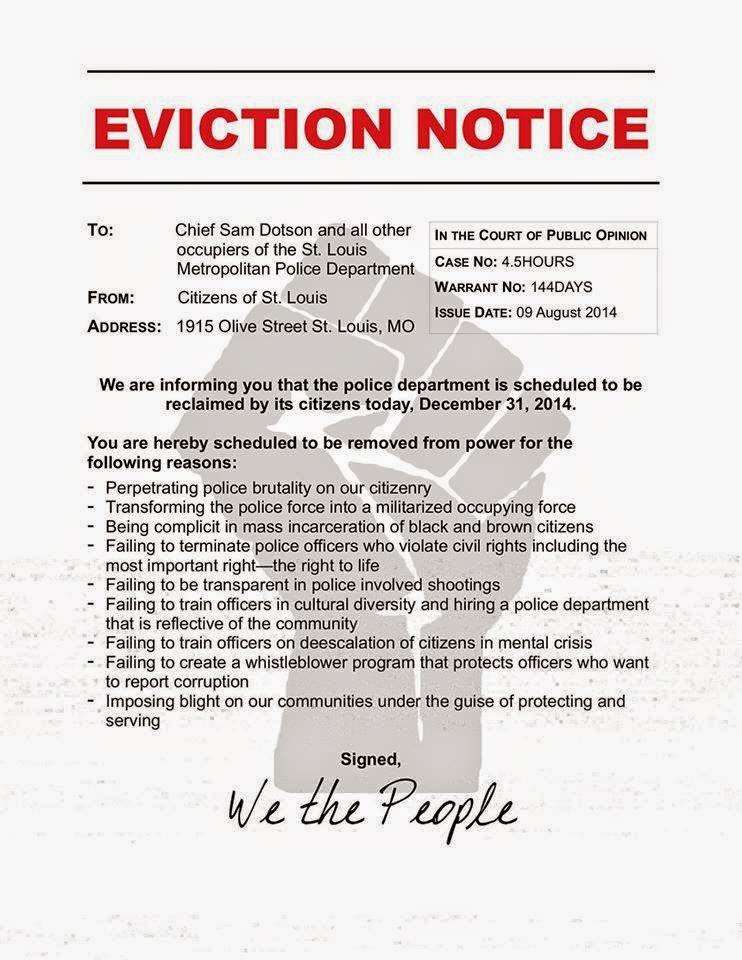