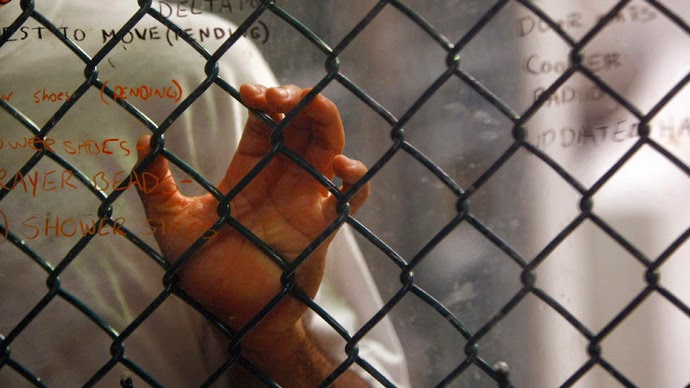 As the US administration prepares for the release of a long-awaited report examining the CIA’s use of torture post 9/11, Britain’s previously undisclosed role in the controversial rendition program is set to become clearer.

Following a six-year examination of CIA documents, the US Senate Select Committee on Intelligence (SSCI) will publish a 480-page summary on Tuesday of its investigation into CIA mistreatment and abuse of terror suspects.

The probe examined the CIA’s maltreatment of Al-Qaeda suspects in secret prisons throughout Europe, Asia and the Middle East. It also details assistance offered by foreign allied states.

Read more: CIA torture far exceeded waterboarding, brought suspects 'to point of death'
The document has reportedly been redacted amid a string of consultations with top CIA officials. Nevertheless, recent reports reveal Dianne Feinstein, the committee chair, has battled to retain significant details about the involvement of Britain and other US allies in the controversial CIA rendition program.

The UK government, which has failed to oversee an adequate state investigation into Britain’s involvement in these practices, will be concerned should some material in the Senate’s report reveal complicity.

In August, records published under Britain’s Freedom of Information (FoI) Act heightened fears the British government lobbied US officials to sanitize the report, and obscure the UK’s role in CIA rendition.

At the time, it emerged UK ambassador to the US, Peter Westmacott, engaged in at least 21 separate meetings with members of SSCI prior to the publication of its long-awaited report.

In recent years, some detail on the scope of Britain’s involvement in US rendition practices post 9/11 has surfaced.

Prior to the release of the Senate Committee’s report, multiple leaks concerning the body’s findings indicate the document is set to unveil new information relating to Britain’s collaborative role in the CIA's alleged mistreatment of terror suspects.

Of particular note are allegations that British foreign territory Diego Garcia was used to transfer detainees via rendition flights, contradicting a series of UK government denials that Britain presided over such use.

In 2004, MI6 was complicit in a least two separate CIA rendition cases, which resulted in the kidnapping and transfer of two Libyans to prisons run by the Muammar Gaddafi regime. Both men’s families were also abducted. The pregnant wife of one of the men claims she was bound to a stretcher with tape from head-to-toe for the duration of a 17-hour flight.

Read more: Libyan torture victim wins right to sue British government in open court
A Metropolitan Police investigation into both Libyan rendition cases has been in motion for almost three years. The Crown Prosecution Service (CPS) is currently assessing a file of evidence, the Guardian reports.

It has emerged that UK intelligence officers interrogated prisoners detained in Guantánamo Bay and at Bagram in Afghanistan, in full knowledge they were being maltreated. It has also been revealed that the British government offered logistical support for key aircraft in CIA rendition exercises, permitting them to refuel at UK military and civilian airports hundreds of times.

In 2013, the British government shelved a state inquiry into Britain’s role in CIA rendition, only to be criticized by the probe’s presiding judge, who suggested the investigation lacked sufficient depth and stringency.

The inquiry is now expected to be managed by Britain’s intelligence and security committee – a group of peers and MPs who concluded seven years ago that Britain bore no complicity in CIA rendition practices. The Committee’s findings, however, were contradicted by a high court judgment in 2008.

The UK’s leading human rights organizations have declared a boycott against the intelligence and security committee’s parliamentary inquiry into Britain’s alleged role in the ill-treatment of prisoners.

The letter detailing the boycott, first seen by the Observer, warned the influential coalition of groups had no trust in the committee’s capacity to uncover the truth.

While descriptions of the roles adopted by US-allied states in the Senate Committee’s report are expected to be comprehensive, they will likely be portrayed anonymously.

Nevertheless, evidence that Britain was explicitly implicated in severe violations of human rights common to extraordinary rendition could expose the UK government to legal action.

Legal proceedings and official inquiries have also concluded that Sweden, Italy and Macedonia were implicated in CIA renditions, while Romania and Lithuania currently face European Court of Justice (ECJ) proceedings.