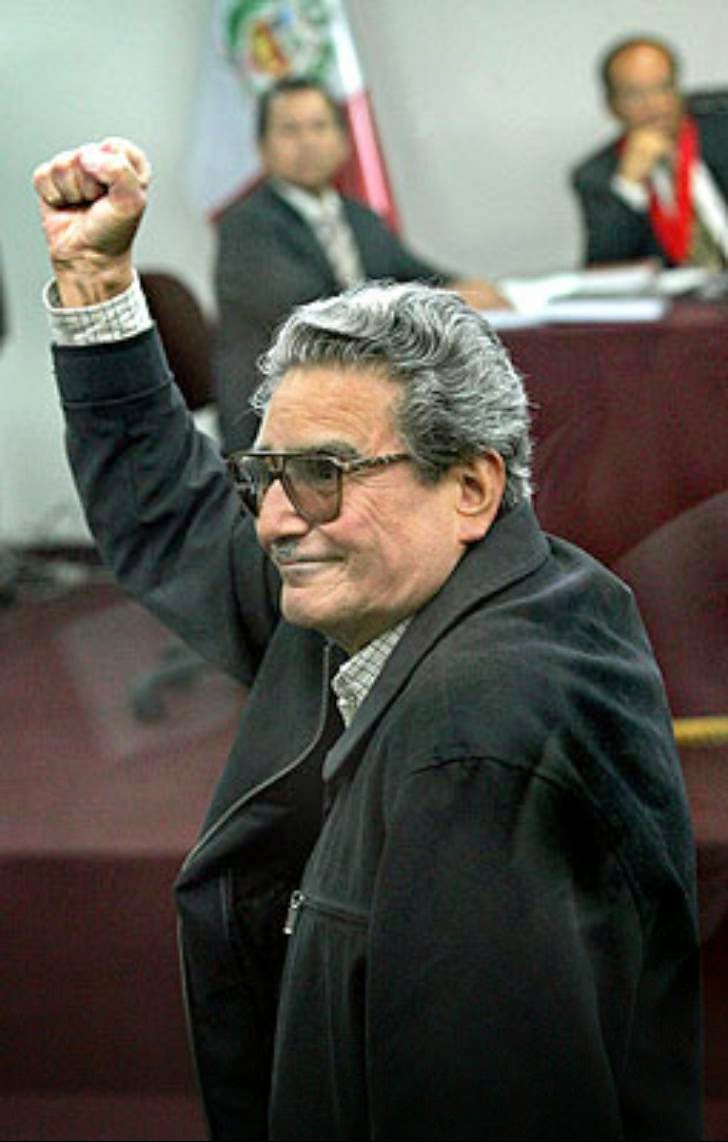 
Democracy and Class Struggle has been informed, though we cannt verify that Chairman Gonzalo is not on hunger strike.

If any comrades can provide more details of present situation of Chairman Gonzalo in Peru please post a comment.

Since September 1992 chairman Gonzalo, head of the Peruvian revolution, is
held hostage in complete isolation by the corrupt, genocide and anti-people
regimes which have succeeded in Peru, supported by imperialism, mainly US
imperialism.

In all these years the ruling classes in Peru and imperialists have
consistently attempted to crush his revolutionary integrity, introducing him
as head of the capitulation instead of revolution, but always they denied
him the right to speak openly and make known his position and today they are
renewing and intensifying threats against his physical integrity and life
itself.

Today, 24 September, marks the 21th anniversary of his masterful speech,
pronounced from the obscene cage in which the Fujimori regime he had
presented.

In all these years we have never given up the defense of this speech and of
Chairman Gonzalo, the support to the PCP, and even today, while the People's
War in Peru suffers a phase of flexure and the Party struggles to overcome
it, we support the Peruvian comrades who in Peru and abroad carry on the
ideology and practice and the line of the People's War pointed out by
chairman Gonzalo, as established in the 1st Congress of the Party, of which
it recurs the 25th anniversary.

The 24 September 1992, the chairman Gonzalo said loud and clear:

"We are here as children of the people and we are fighting in these
trenches, they are also trenches of combat, and we do it because we are
Communists! Because here we are defending the interests of the people, the
principles of the Party, and the People's War. That is what we do, we are
doing it and will continue to do so!(...) The road is long and we shall
arrive. We shall triumph! (...) What do we need? We need Maoism to be
incarnated, and it is being incarnated, and by generating Communist Parties
to drive and lead this new great wave of the world proletarian revolution
that is coming.".

These words continue being today the reference point to advance in Peru and
still have a great importance in the world and as communists we renew our
commitment to defend the life of chairman Gonzalo against all the attempts
by imperialism and reaction in Peru to destroy him, the PCP and the GP in
Peru.

Construction Committee of the Maoist Communist Party of Galicia