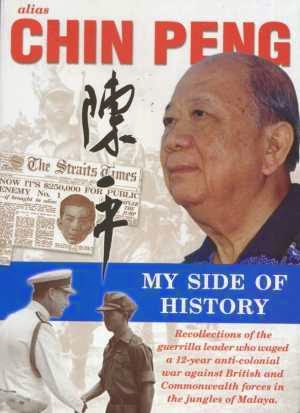 Democracy and Class Struggle has been made aware of a revival of the Communist Party of  Malaya here is a report from newspaper from Malay Mail Online on recent activities..


GEORGE TOWN, Dec 9 — State executive councillor Dr Afif Bahardin has been asked to give his statement to the police in connection with the Communist Party of Malaya banners which appeared all over Seberang Perai last month.

The banners with pictures of Pakatan Rakyat (PR) leaders including Afif and former Malayan Communist Party leader Chin Peng also had these words:

(I am confident that the spark in the fight for social justice and humanity will not be extinguished).

The banners also announced a dinner event on November 29 at the Chai Leng Park Community Hall.
The Seberang Jaya state assemblyman will have his statement recorded at the Bukit Mertajam district police headquarters at 11am tomorrow.

“I don’t know what it’s about because my aide also lodged a police report against the banners and I definitely had nothing to do with them or the event,” Dr Afif told Malay Mail Online when contacted.
Afif also denied any knowledge of the event and did not attend it.

“The police only told me to go to have my statement recorded so I will go tomorrow with my lawyer, Izad Bukhari,” Afif said.

The police are investigating the controversial banners and dinner which some claim are an attempt to revive the communist ideology of the Malayan Communist Party.

Last week, Penang deputy police chief Datuk A.Thaiveegan said they have identified several individuals behind the event and that these people will be hauled in for questioning soon.

A total 24 police reports were lodged against the communist-themed banners put up on the event and also against the event itself.