Democracy and Class Struggle says OTPOR CANVAS has been part of the Balkanising of the Middle East with Syria has an example.

Undoing the damage done by US imperialism and Israel in Middle East will take decades if not centuries and all this done in name of pseudo capitalist democracy propagated by OTPOR CANVAS.

We are living through it consequences now.

Study the following articles to make yourself aware of their activities in your country.

PS: Balkanization, or Balkanisation, is a geopolitical term, originally used to describe the process of fragmentation or division of a region or state into smaller regions or states that are often hostile or non-cooperative with one another.[1] It is considered pejorative by some 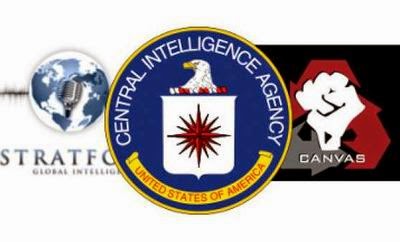