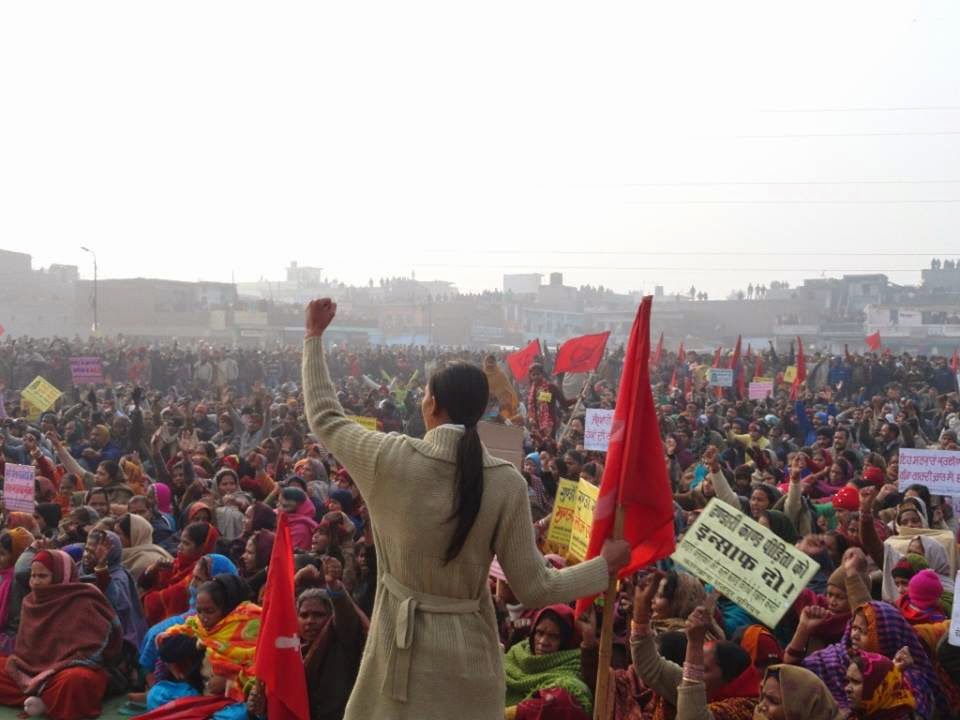 HOMAGE CEREMONY HELD FOR THE DHANDHARI RAPE AND MURDER VICTIM SHEHNAAZ WHO FOUGHT AT COST OF HER LIFE AGAINST THE POLITICALLY SUPPORTED GANG OF GOONS.

Thousands justice loving people paid homage to Shahnaaz and declared the continuation of struggle to get justice.

28 December 2014, Ludhiana |
Today, on the call of Struggle Committee Against Dhandari Rape & Murder Incident , inspite of chilling cold and terror created  by govt. by deploying large number of police personnel in the Dhandari area  thousands of justice loving people gathered to pay homage to a brave girl Shahnaaz who became the victim of dreadful atrocities of kidnapping and gang rape and was set on ablaze by pouring kerosene on her.
Shahnaaz’s father Mohommad Ilias, mother Hashniyar Khatoon and other relatives along with the members of Struggle Committee members started the obituary ceremony with floral tribute to Shahnaaz.
Carvans of people coming from all over the Punjab and other regions of the country paid two minutes of silent tribute in the memory of Shahnaaz and defied the goon cliques with slogans like “Bahadur Shahnaaz Amar Rahe”, “Punjab Sarkaar Murdabaad”, “Lok Ekta Zindabad”, “Gunda Raaj Murdabaad”.

Revolutionary Cultural Front 'Dastak' presents the revolutionary songs in the memory of Shehnaz.

The speakers said, “The oppressed victim Shahnaaz stood as symbol of struggle for women and oppressed people. The fear to get denounced, being beaten up, murdered and the hopelessness to get any justice doesn’t let most of the women and their families to unfold the cases of rape, eve-teasing and kidnapping in front of society.
But the brave Shahnaaz and her family didn’t do like this. Shahnaaz boldly fought against this and died fighting. She set an example by her conviction to fight against crime and not to bow in front of it. She will always be remembered.
The Struggle committee has been formed by Karkhana Majdoor Union, Punjab; Textile-Hosiery Kamgaar Union, Punjab; Punjab Student Union (Lalkar); Naujawan Bharat Sabha and Bigul Majdoor Dasta to fight and get justice for Shahnaaz. Lakhwinder, convenor of Struggle Committee and president of Karkhana Majdoor Union, Punjab said, “On 4th December, the gang of goons burnt Shahnaaz and on 8th December, she died. Shahnaaz was kidnapped on 25th October and was gang raped for two days.
The police acted very carelessly and didn’t pay any heed to victim’s complaints and delayed in registering the report and getting the medical checkup of victim. The accused were successfully bailed after 18 days. Shahnaaz and her family was been pressurized and threaten to withdraw the case. 10 culprits were arrested after the people struggled against this. Police is giving wrong direction to the investigation.

Rajwinder, ' Struggle committee' member and president of Textile-Hosiery Kamgaar Union, Punjab said, “Though the culprits of Shahnaaz rape and murder case have political support and false stories have been cooked to save them but the united strength of people will get justice for Shahnaaz.
He said Police should stop defaming the victim and should start investigation in right manner.
The Chalaan should be passed as soon as possible and case should be submitted to fast track court. 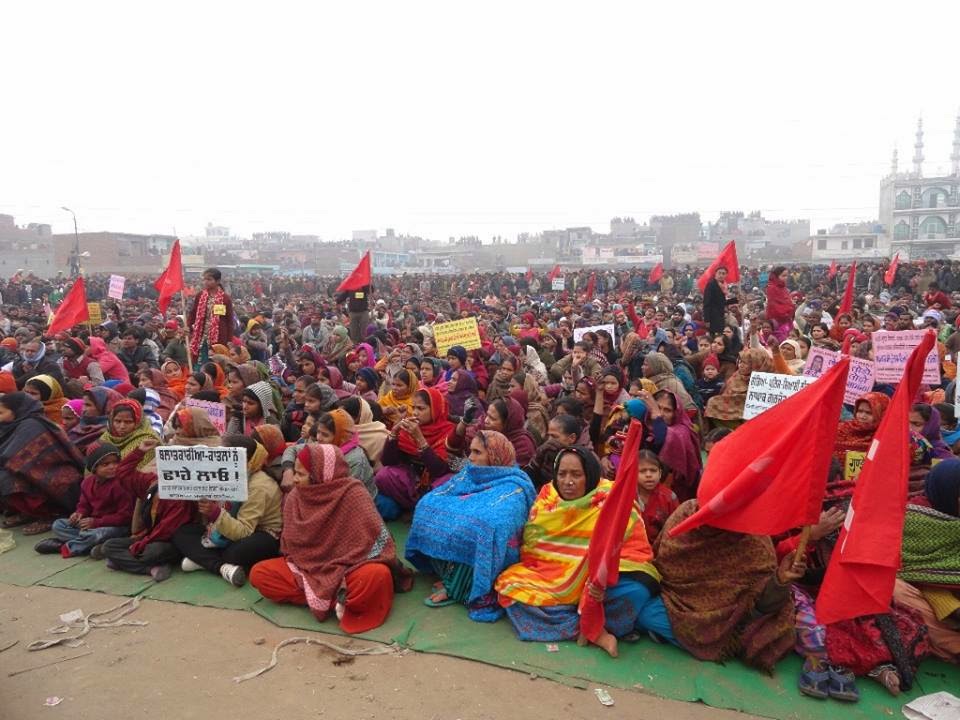