The Blood of the Donbass by Andrey Manchuk. reviewed by Artem Kirpichenok 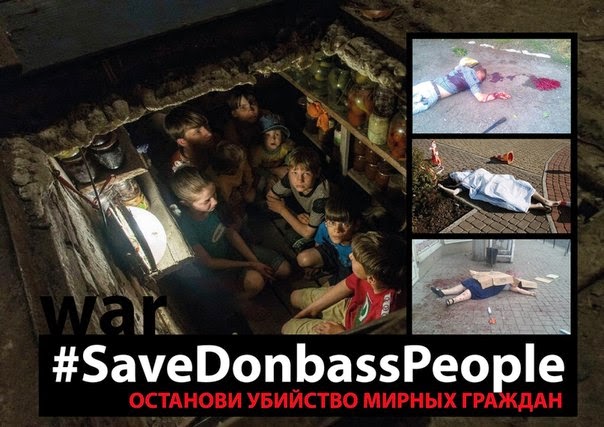 Before us in this book is the chronicle of the events that led to the coup and civil war in Ukraine in 2013-14, changing the very course of world history. The Molotov cocktails thrown on the Maidan have played the same role as the gunshot by Gavrilo Princip in Sarajevo, burning to ashes the house of cards of ‘European security’.

Lights all over the continent are not yet dying away, though the gas pressure is waning.

But at the moment, nobody can say how the confrontation between Russia and the West will end.

Ukraine has stolen from the Balkans the dubious honor of becoming ‘the powder keg of Europe’. Leon Trotsky wrote that humanity, on its path to progress, takes two steps back, then – a step forward.

Over the last 20 years of post-soviet history of Ukraine, the country has stepped only backward. One of the major countries of Europe, a founding member of the UN, the ‘breadbasket’ of the former USSR, the formerly highly-industrialized country has become one of the poorest nations of the ‘old continent.’

In 1991, the GDP in Ukraine was $6,427 per capita. In neighboring Belarus, it was $5,338$. Belarus is a country without rich mineral resources, a developed industrial base with nuclear power, aerospace industry or even access to the sea. By 2013, Ukraine’s GDP had grown to 8,788$, while the GDP of Belarus had lept to $17,615. The population of Ukraine declined from 51 million to 45 million between 1991 and 2014 as a result of falling living standards, collapse of the healthcare system and mass migration. Real control over the economy and politics was taken by clans of oligarch-billionaires, and nobody is even trying to hide this fact.

So it would seem that the capitalist system which so violated Ukraine should be condemned by the overwhelming majority of its people. The nationalist enchantments of 1991 and 2004 should vanish, like phantoms, into the background due to the blatant discrepancy between the myth and reality of the modern Ukrainian state. However, this didn’t happen.

In the winter of 2014, the rightwing coup took place in Ukraine. Its storm-troopers were the members of neo-Nazi organizations and football hooligans. The mass social base of the Maidan consisted of the petty bourgeoisie. Financial support for the overthrow of the Yanukovich government was provided by the rival oligarchic groups.

Popular culture has given us the idea that when rightwing regimes come to power, it looks something like the movie appearances of Ian McKellan (Richard III) or John Hurt (Chancellor Sutler), accompanied by thousands marching in their boots to the drumbeat of ‘order’. But if it were so simple, Hitler and Mussolini probably would have remained sidelined in history.

We have forgotten that European fascism was really a mass movement that came to power under slogans of ‘national revolution’, struggle with ‘plutocracy’, ‘protection of European values’ and, of course, ‘salvation from the externally implanted Red dictatorship’.

European fascism mobilized under its banners certain intellectuals who used to retell old myths, like the Romanian historian Mircea Eliade, interpreter of religious myths, as well as fire-eyed, romantically-minded girls and unemployed guys from the suburbs.

And so it is in Ukraine in 2014 where we saw this kind of a coup. The new, dark order with inherited censorship, persecution of communists and left activists, neoliberal reforms and war was growing behind the facade of Maidan.

If this is not an ultra-right regime, then what kind of regime can be called ultra-right?

The Blood of Donbass by Andriy Manchuk tells us how the oligarchs have been gradually devouring people in Ukraine; how thousands of ‘decent average men’, ‘civil society activists’ and even some ‘left’ people came to the sincere belief that for the prosperity of Ukraine they should either directly support or deliberately ignore Nazi militants who persecute or even burn dissidents alive and bomb Ukrainian cities.

After reading the last lines of the book, one inevitably comes to the conclusion that the most terrible thing in the modern capitalist system is not the blind man selling Orwell’s book by way of  justifying the need ‘to drop the nuclear bomb on communists’ (as this was described by Issac Deutscher in his 1955 essay on the book 1984).

The most terrible thing is when Orwell himself works for the “Ministry of Truth” in the BBC and enthusiastically writes denunciations of his colleagues.[1]

The articles in “Blood of Donbass” reveal the role of complementary anticommunist and nationalist myths in the process of mobilizing Ukrainian society under the banners ultra-right groups. Just as 20 years ago,  leading intellectuals were juggling with these myths to excuse the ”Stations of the Cross” like experience of independent Ukraine:

“While decrying the Holodomor, they actually try to divert attention or evade responsibility for disastrous social policies since the 1990s which have made hundreds of villages desolate and caused the depopulation of Ukraine-- facts which are recognized even by the current president of Ukraine.

While speaking about the miseries of Ukrainian peasants in the 1930’s, they actually paper over the disastrous ruin’ of Ukrainian villages which can be easily seen even right outside of Kyiv-city.

While speaking of an ‘Iron Curtain’, they try to justify themselves before millions of people made into labor migrants and all those people who are outside the office worker layer of the middle class and, therefore, have never traveled by plane, still less have never gone to a resort.

While speaking of NKVD terror, they actually propose forgetting about new lords who hunt people in Ukraine or expensive jeep owners who kill with impunity ‘average Ukrainians’ on the roads.

Actually, one can say that if ‘the Prussian teacher has prepared the victory of Prussia’, ‘the disaster of Ukraine was prepared by a professor from Kyiv-Mohyla Academy’.

There are, of course, academics of different views inside Kyiv-Mohyla Academy. Let’s not blame the ‘eggheads’ for everything. After all, the academics have only fulfilled their duty in the social order of the ruling class, which looked favorably on the growing nationalist Frankenstein.

The liberal opposition saw Nazis as its partners and a convenient battering ram to  facilitate the seizure of  power.

The government of the deposed Victor Yanukovich, in turn, tacitly supported the ultra-right as a terrible bogey with which he could stir upo support from the voters in South-East Ukraine.

The liberal opposition and former Ukrainian government both, year after year, praised free-market reforms, told stories about the mythical ‘economic miracles’ in such countries as Latvia and Georgia which are, in fact, very poor. They promised membership in the EU in the near future.

It is clear that ‘post-Maidan’ reality hasn’t lived up to the expectations of the crowd that raged over Kyiv city squares during the winter of 2013-2014. Instead of a triumphant march to a mythical “Europe”, Ukraine began a rapid slide towards civil war. A vast territory, inhabited by many peoples of different cultures, has refused to accept the new regime.

There emerged in the South-East cities of Ukraine (Odessa, Kharkiv, Donetsk, Luhansk) so-called Anti-Maidan protest encampments with representatives of various forces taking part, ranging from communist activists to Russian nationalists. Pro-government militants and paramilitaries were sent to suppress them. This led to bloodbaths in Korsun, Kharkiv, Odessa and Marioupol. More fuel was added to the fire with the interference of Putin’s Russia, which quickly annexed Crimea and supported the anti-government resistance in Donbass.

Neither Ukrainian liberals nor nationalists have ever made any secret of their social hatred towards the residents of the industrial and miners’ Donbass region.

The article in the book titled ‘Donbassophobia’ (written in 2011 i.e. long before the current bloodshed) is also included in the book.

After the start of military actions, Kyiv propaganda - in a typical schizophrenic way– was torn between slogans of ‘protection of Donbass residents from Russian invasion’ and its own undisguised hatred toward ‘Donetsk pro-Soviet residents’. For sure, any regime doesn’t like to recognize the ugly fact of civil war. It is worth reminding ourselves of the case of Finland, where the civil war of 1918 was presented as a ‘liberation war’ against Russian hordes until the 1960’s.

The Blood of Donbass is an unfinished book. Ukraine is still experiencing its tragedy. In East Ukraine, the sounds of explosions are heard and bullets are flying. The new Kiev regime lives under the ‘sword of Damocles’ of economic collapse and the threat of internal intrusion of the Freikorps units – the ‘volunteers battalions’ of the extreme right, organized by the regime itself. Both Russia and NATO send more troops to the borders. The economy of the European Union countries cracks under the pressure of reciprocal sanctions against Russia. However, since the late 1920’s, we know about this inextricable linkage: social crisis causes political crisis.

The capitalist collapse of 2008 ultimately led to the ‘Arab Spring’ and the civil war in Ukraine. What will the next crisis of the capitalist system lead to? We don’t know yet. But the Blood of Donbass is a story about the unthinkable. But it is indeed the unthinkable, which may also happen in your countries.