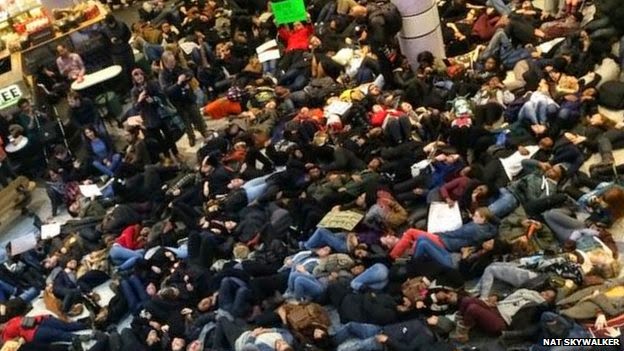 Police have arrested 76 people who were taking part in a mass protest at a major west London shopping centre.

An estimated 600 people gathered at Westfield in Shepherd's Bush for the so-called "die-in" demonstration.

The protest was in solidarity with rallies in the US prompted by the death of Eric Garner, a black man who died during an arrest in New York in July.

Two peaceful protests were held in west London on Wednesday evening, one inside the Westfield shopping mall and one outside.