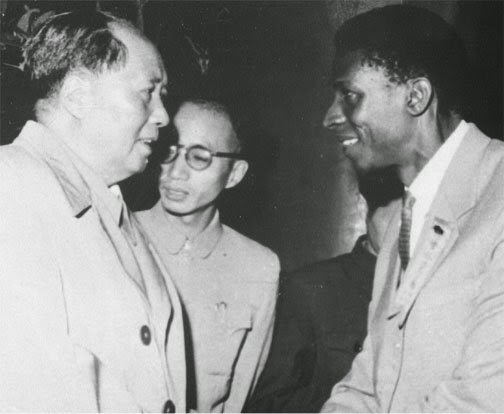 Comrade Jacques-Stephen Alexis with Comrade Mao
According to Haitian Times:


Jacques-Stephen Alexis was born on April 22, 1922, in Gonaives. His father, Stephen Alexis, was a renowned journalist who penned Nègre masqué (Masked Negro) in 1933. Since his father was stationed as a diplomat in Europe, the young Alexis studied at Collège Stanislas in Paris. Once the family returned to Haiti, Alexis resumed his studies and graduated from one of Haiti’s top schools, Collège Saint-Louis de Gonzague. Though he began to study medicine, Alexis turned his attention to writing and political organizing.


By the 1940′s, he met and worked with other engaged Communist writers and thinkers, such as Jacques Roumain and Nicolás Guillén (one of Cuba’s most celebrated poets); and in 1946, he founded an opposition literary group and journal, La Ruche. For his part, as a leader in Haiti’s Communist Party who organized against the election of President Dumarsais Estimé, Alexis was imprisoned.


He fled to Europe, where he lived in exile for several years, while he completed his advanced studies in medicine (with a concentration in neurology) and wrote his first influential novel, Compère Général Soleil (General Sun, My Brother).
The novel, which won instant acclaim, told the story of a Haitian man who navigates life in Port-au-Prince, from a troubled childhood as a restavèk to a hopeful adulthood shaped by his reckoning in prison.
One of the main contributions of Compère Général Soleil was its elaborate and eloquent descriptions of Haitian life in the 1930′s, under the American Occupation and the brutal massacre of thousands of Haitians in the Dominican Republic.


Alexis, like many of his contemporaries, was active on the global stage. His attended the 1956 First Congress of Black Writers and Artists in Paris and became a member of the Union of Soviet Writers in 1959. During this time, he completed several works, including the 1957 Les Arbres musiciens, L’Espace d’un cillement in 1959 and Romancero aux étoiles in 1960. As Francois Duvalier consolidated power during Alexis’ most productive years, he would become a target for his speaking out against the repressive regime, both at home and abroad.


In 1961, Alexis traveled to China. He was invited to meet with China’s renowned Communist leader, Mao Zedong, in an effort to strengthen the global ties of the Communist Party, which gained a steadfast wing in Cuba. Once he returned from China, Alexis’ plans to travel home via Cuba proved unsuccessful.


Upon his secret return to Haiti from Cuba, Alexis, along with his travel companions, were captured, tortured and killed.
Though his death was never officially recognized by the government, Alexis remains one of Haiti’s towering figures, as his work and struggle for equality influenced his peers and future generations of writers and activists. 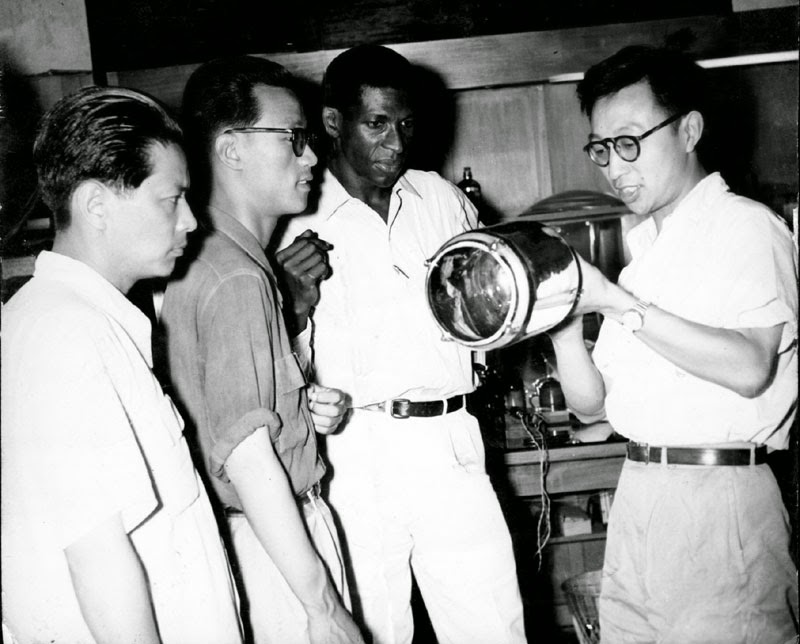