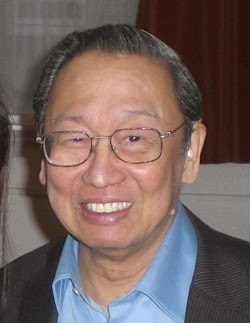 These writings were smuggled out from prison through the most creative of means to evade the watchful eyes of guards assigned to secure the dictator's most prized political prisoner.


[Utrecht, 04 December] Detention and Defiance Against Dictatorship, the latest book of Jose Maria Sison, was launched yesterday at the international office of the National Democratic Front of the Philippines (NDFP) in Utrecht, the Netherlands. The book contains Sison's selected writings while in detention in 1977-1986, during the notorious Marcos dictatorship.

The book launching was co-organized by the Filipino Refugees in the Netherlands (FREN), International Network for Philippine Studies (INPS), and the NDFP International Information Office to coincide with the commemoration of the International Day of Solidarity with Political Prisoners on 03 December.

The event was well-attended by Filipino and international guests. They were treated to a short program of interesting speeches and cultural numbers. Prominent Dutch lawyer Michiel Pestman, Rose Bernabe PhD, and NDFP Political Consultant Vic Ladlad gave highly engaging reviews of the book.

Julieta de Lima-Sison, Chairperson of the INPS, publisher of the book, spoke about the INPS' ongoing project to publish five volumes of Sison's selected writings, spanning different periods of his life. The latest book contains Sison's writings while in detention during the Marcos dictatorship. These writings were smuggled out from prison through the most creative of means to evade the watchful eyes of guards assigned to secure the dictator's most prized political prisoner.

According to De Lima-Sison, his writings were an expression of Sison’s defiance against the oppressive dictatorship, despite the various types of torture he endured without being broken. His writings while in prison served as guide to the revolutionary movement outside the prison walls that played a key role in the eventual overthrow of the Marcos dictatorship in 1986.

Michiel Pestman has been Sison's long-time lawyer in some of his difficult cases. In 2007, he successfully defended Sison and caused his release from detention in The Hague on trumped-up charges instigated by the Manila government. His special expertise is on terrorism, political activism, international humanitarian law and extradition. Pestman has wide experience in taking up controversial cases in such courts as the International Criminal Court, International Criminal Tribunal on Yugoslavia, the special Court for Sierra Leone and the International Court of Justice in the Hague.

In his book review, Pestman decried the different types of torture employed on Sison. He noted that Sison was actually water-boarded before "water-boarding" acquired international notoriety, as a result of the torture scandals exposed in US-run prisons in Abu Ghraib and Guantanamo. Pestman said that, as his lawyer, he advised Sison to use his right to remain silent during interrogations. He said, however, that Sison did not always follow his advice but perhaps it was for the better since it was probably one of the reasons why he got a rather quick release from detention.


Dr. Rose Bernabe chose to do a chapter review, explaining that she had great admiration for Sison and took him seriously, adding that a full book review would need more time than what the brief program would allow. She focused on Chapter 1: Dialectical Materialism of Sison's article The Basic Principles of Marxism-Leninism: A primer. She said she agreed with much of what Sison wrote about materialist philosophy but she had some questions of her own that she wanted to discuss with Sison sometime.
Vic Ladlad began his speech by saying that he was in the mountains of Southern Tagalog when he and other comrades learned with great sadness of the arrest of Sison in 1977. He continued to speak about the similar methods of torture he suffered during his own time while in prison during the Marcos dictatorship. He was arrested in 1983 and was released at about the same time Sison was released upon the overthrow of Marcos in 1986. His first wife was among the early victims of enforced disappearance during the Marcos dictatorship.
Sison said that he learned how to deal with the different methods applied by his tormentors. He spoke about how he sparred with military officers sent to interrogate him. He even advised them to take the fascist dictator into custody and make peace with the armed revolutionary movement. He added that he enjoyed giving free lectures on Philippine society and revolution to his guards.


The program was spiced up with poetry reading and community singing. Kyle and Kalil G. Baleva, sons of political refugees, rendered one of Sison's prison poems Against the Monster on the Land. There was also rendering of songs popular among activists of the patriotic and democratic movement in the Philippines.
After the program, people lined up for the customary book-signing by the author and for picture taking with him. Food and drinks were served during the book signing session.