The Formation of Russia and the Soviet Union by Samir Amin 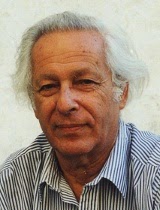 Democracy and Class Struggle publish some controversial thoughts from Samir Amin about the formation of Russia and Soviet Union for discussion and debate.
The media discourse on Greater Russia—the former Russian Empire of the Tsars and also the Soviet Union—takes on a completely different tone. In this case, we are told that we must come to a different conclusion: the differences are such that there was no other solution than to break up the formerly unified entity into distinct and independent states. But let us look a little more closely.

The development of Greater Russia within the framework of the Tsarist Empire, followed by its profound transformation during the construction of the Soviet Union, was, as we are supposed to understand it, a black history, governed by the continual exercise of extreme violence alone.

The unification of three Slavic peoples (Great Russian, Ukrainian, and Belorussian) by the Tsars of Moscow, followed by Russian expansion to the Baltic in the west and to Siberia, the Transcaucasus, and Central Asia to the east and south, was no more violent and less respectful of the identity of the peoples affected than was the development of historical capitalism in the Atlantic West (and, within this context, of British capitalism) and its colonial expansion.

The comparison even favors Russia. I am going to give a few examples.

The reader will find more analyses in my other writings.

This political unification was the vector through which the Russian language was imposed—“naturally”—on local dialects.

The latter were, moreover, considerably closer to one another than were, for example, the “langue d’Oil” and the “langue d’Oc” in France, English and the Celtic languages, or the Italian dialects in Sicily and Venice.

To present linguistic Russification as a horror imposed by violence alone, as opposed to a supposedly tranquil expansion of French, English, or Italian, is to ignore historical reality.

The Russians did not eliminate the Ukrainian and Belorussian (“feudal”) landowners; they were integrated into the same system that dominated Great Russia. The serfs and (after 1865) the free peasants of Ukraine and Belorussia were not treated differently than those of Great Russia; just as poorly, if you prefer.

The Bolsheviks’ communist ideology painted the history of Tsarism in shades of black, for good class reasons. Consequently, the Soviet Union recognized the differences (denied in the “civilized” West) and created distinct republics.

What is more, to fight the danger of being accused of Great Russian chauvinism, the Soviets gave these republics boundaries that largely exceeded those that would have been drawn by a strict ethnolinguistic definition.

One territory, such as Russian Crimea, could be transferred to another republic (in this case to Ukraine) without a problem. Novorossiya (“New Russia”—the Donetsk region), distinct from Malaia Rossiia (“Small Russia”—Ukraine), could be entrusted to Kiev’s administration rather than Moscow’s without causing any problems.

The Bolsheviks had not imagined that these boundaries would become the borders of independent states.

(2) The Russians conquered the Baltic countries during the same time period the English settled Ulster. The Russians did not commit any horrors comparable to those of the English.

They respected the rights of the local landowning elites (in this case, Baltic barons of German origin) and did not discriminate against the local subjects of the Tsar, who were certainly poorly treated, just like the serfs of Great Russia.

The Russian Baltic countries certainly experienced nothing comparable to the savage dispossession of the Irish people in Northern Ireland, chased out by the invasion of the “Orangemen.”

Later, the Soviets restored the fundamental rights of the Baltic republics—the use of their own languages and the promotion of their own cultures.

(3) The expansion of the Tsarist Empire beyond the Slavic regions is not comparable to the colonial conquest by the countries of Western capitalism.

The violence carried out by the “civilized” countries in their colonies is unparalleled. It amounted to accumulation by dispossession of entire peoples, with no hesitation about resorting to straightforward extermination, i.e., genocide, if necessary (the North American Indians and the Australian Aborigines, exterminated by the English), or, alternatively, brutal control by a colonial government (India, Africa, Southeast Asia).

The Tsars, precisely because their system was not yet a capitalist one, conquered territories without dispossessing the inhabitants.

Some of the conquered peoples were integrated into the Empire and were Russified to varying degrees, notably through using the Russian language and often forgetting their own.

This was the case with many of the Turco-Mongolian minorities, though they retained their religion, be it Muslim, Buddhist, or Shamanist. Others preserved their national and linguistic identity—the Transcaucasus and Central Asia south of Kazakhstan.

None of these peoples were exterminated like the North American Indians or Australian Aborigines.

The brutal autocratic administration of the conquered territories and Russian arrogance prevent us from painting this history in shades of rose.

But it remains less black than was the behavior of the English in Ireland (not in Scotland), India, North America, or the French in Algeria. The Bolsheviks painted this history in shades of black, and always for the same good reasons of class.

The Soviet system brought changes for the better. It gave these republics, regions, and autonomous districts, established over huge territories, the right to their cultural and linguistic expression, which had been despised by the Tsarist government.

The United States, Canada, and Australia never did this with their indigenous peoples and are certainly not ready to do so now. The Soviet government did much more: it established a system to transfer capital from the rich regions of the Union (western Russia, Ukraine, Belorussia, later the Baltic countries) to the developing regions of the east and south.

It standardized the wage system and social rights throughout the entire territory of the Union, something the Western powers never did with their colonies, of course. In other words, the Soviets invented an authentic development assistance, which presents a stark contrast with the false development assistance of the so-called donor countries of today.

There was no inherent reason that this system, with an economy that was completely integrated at the level of the Union, had to disintegrate.

There was no objective necessity that had to lead to the breakup of the Union into independent states, sometimes even in conflict with one another.

Western media chatter about the “necessary end of empires” does not hold water.

Yet, the USSR indeed broke apart, which needs to be explained.