Democracy and Class Struggle would also like to inform MST that your struggle inspires our comrades in Cymrwch Y Tir Yn Ol in their struggle for a Welsh Land Act and return of Royal and Aristocratic Lands to the People of Wales..

Brazil’s Landless Worker's Movement was born from the concrete, isolated struggles for land that rural workers were developing in southern Brazil at the end of the 1970's. Brazil was going through a politically opening process towards the end of the military regime. Brazilian capitalism was not able to alleviate the existing contradictions that blocked progress in the countryside. Land concentration, the expulsion of the poor from rural areas and the modernization of agriculture persisted, while a mass exodus to the cities and the policies of colonization entered a crisis period. In this context, various concrete struggles slowly began to surface. From these developments, the Movimento dos Trabalhadores Rurais Sem Terra, or the Movement of Rural Landless Workers was born and structured with the Encruzilhada Natalino encampment in Ronda Alta, Rio Grande do Sul and the Landless Farmer Movement of Western Paraná (Mastro) as its origins.
The MST was officially founded in 1984, during the 1st Meeting of the Landless Rural Workers in Cascavel, Paraná. The following year, the MST officially organized itself at the national level at the 1st National Congress of the Landless.
This version of the story makes the MST's beginnings seem simple, but the vision for an MST goes back before 1984 and involves much more than just one person’s ideas. This history begins during the end of the 1970s, when a military dictatorship ruled Brazil. The country lived under the manner of the “Brazilian Miracle", but for the rural poor, it was more like the “Brazilian Plague": unemployment and migration of workers from rural to urban areas. The intense mechanization of agriculture, which was introduced under the military governments, left no place for salaried farmworkers, renters or sharecroppers. There were rural workers, however, who believed that they could organize themselves and defend their rights to work the land. As a result, on October 7, 1979, landless farmers from the state of Rio Grande do Sul occupied the Macali land in Ronda Alta. At the same time, similar struggles were taking place in other Southern states such as Mato Grosso and São Paulo. In each state, rural workers were carrying out occupations and news of these occupations spread across the country.Brazilian society supported these actions and the landless occupations became part of the push for democracy throughout the country.
The MST, however, is not the first movement in the struggle for land in Brazil, nor is it the first in Latin America. Much earlier, farming families had organized themselves in search of land and better living and working conditions. We can cite the following examples: from 1950 to 1964, the Peasant Leagues (Ligas Camponesas) and MASTER (Movimento dos Agricultores Sem Terra or the Landless Farmers’ Movement); and at the end of the 19th century, Canudos and Contestado. The Mexican Revolution during the beginning of the 20th century and the Cuban Revolution of 1959, both of which carried forth the idea of “land for those who work it.These and other struggles inspire the MST to continue fighting for a Brazil with more equitable land ownership - "A Brazil Without Latifúndios" (large land tracts with a single owner).
Little by little, the MST began to understand that winning land was important, but not enough. They also need access to credit, housing, technical assistance, schools, healthcare and other needs that a landless family must have met. Somehow landless families needed to survive without very much to start with. In addition, the MST discovered that the struggle was not just against the Brazilian latifúndio, but also against the neoliberal economic model. From this initial work, the MST went on to organize more encampments and occupations of large farms (or fazendas) and headquarters of public and multinational entities, as well as to eliminate fields of genetically modified crops, to carry out marches, hunger strikes and other political actions. One such event was the National March for Employment, Justice and Agrarian Reform, where marchers simultaneously left various states and arrived in the capital city of Brasília on April 17, 1997 (exactly one year after the massacre of 19 workers in Eldorado dos Carajás, Pará). Another example is the 4th National Congress also held in Brasília, where 11,000 landless Brazilians participated in August 2000. These events are still in the minds of the Brazilian people, in a time when agrarian reform is associated with the false promises of the federal government. 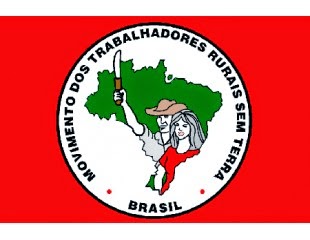