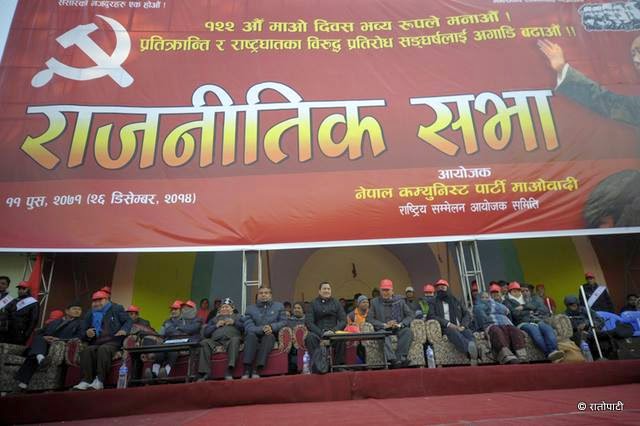 Our publication is not endorsement of their attacks on Comrade Biplav for whom we have a high personal regard but for information and democratic debate of the line of the new Party in Nepal - political line of the new party.

Many of the documents referred in the published articles are not available in english yet  and we cannot judge whether Comrade Biplav's views have been described correctly or caricatured for a polemic.

When the new party in the second week of January has its meeting and issues documents we will do our best to make them available to our readers for them to judge the political line from primary materials.

We hope this statement makes our position clear on the current debate in the Nepalese Maoist Movement. 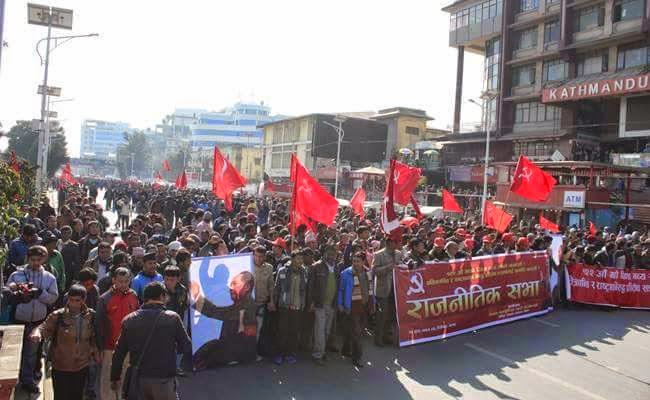 KATHMANDU, DEC 26 – Coordinator of the newly formed CPN Maoist, Netra Bikram Chand, has demanded the dissolution of Constituent Assembly (CA) and stressed on the need to write the new constitution through national political assembly. Speaking at a mass assembly of the CPN Maoist held at Khullamanch in the Capital on Friday, Chand opined that his party would not accept the new constitution drafted through the CA. “The current CA is fake. This CA is not legitimate and the people have not approved it,” he claimed.

He claimed that the CA was formed to wipe out the Maoists and there has not been any debate about people in the assembly. “That’s why the CA must be dissolved and a new constitution should be drafted by forming a national political assembly so as to ensure civilian rights.” Chand said his party would not accept the two-thirds majority. “The so-called two-thirds believed to be in the CA is delusive. The genuine CA is with the Maoists.” The Maoists, who had won 80 percent through the people’s war, still have a majority.

He alleged that the current CA was formed by a millionaire. “This is not my statement,” said Chand. “It was said by Nepali Congress lawmaker Gagan Thapa. Didn’t the UML comrades said whoever paid Rs 20 million became the lawmaker?” said Chand. Expressing his sympathy towards the UCPN (Maoist) leaders, Chand claimed the Maoist leaders who worked hard had to suffer loss at the hands of those who paid money. “Don’t the Maoists who won 80 percent in the people’s war need their legacy?” he questioned. In another context, the CPN Maoist leader said he had never thought that the Maoist rebellion would result in its present day condition. He lamented that the political career of Maoist leaders currently is in miserable condition.

“Youth are furious that Maoist led them to this path and finally left them in the middle,” Chand said,” I had never thought that the Maoist revolution would come to this point.” Leader Chand further said that the people feel betrayed by the Maoists as can be understood through people’s anti-Maoist sentiments expressed in social networking sites. Addressing the mass rally, Chand said that he tore his college certificate in Kathmandu and joined the Maoist’s armed movement under the influence of Maoist leaders Pushpa Kamal Dahal and Baburam Bhattarai. 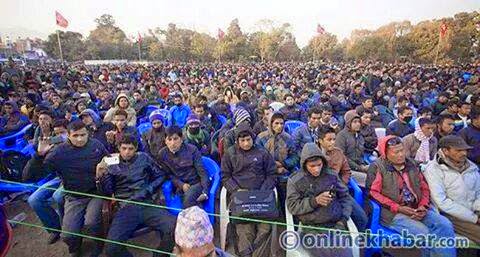 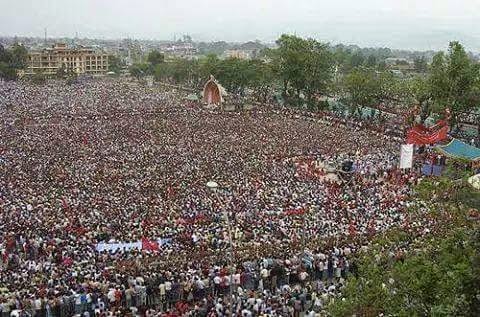 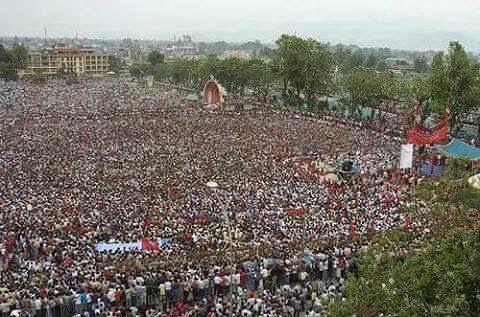