US intelligence agencies have been actively attempting to recruit senior Russian diplomats over the past several years. 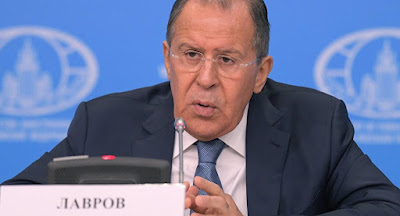 Russian Foreign Minister Sergey Lavrov says US diplomats in Russia have engaged in espionage in the past few years and participated in opposition protests.

Lavrov said at a news conference on Russian diplomacy in 2016 on Tuesday that US Embassy diplomats have been engaged in spying and “have repeatedly been seen taking part in the rallies of opposition, anti-government forces, unauthorized rallies, including times when they wore disguise.”

He also stressed that US intelligence agencies have been actively attempting to recruit senior Russian diplomats over the past several years.

“If we talk about recruitment techniques, we did not publicize the full statistics on that. But most recently, in the past few years, especially during the second term of [US President Barack] Obama’s administration, that unfriendly activity toward our diplomats has been growing in scale,” Lavrov told reporters on Tuesday.

Lavrov said the Russian authorities have managed to thwart several attempts by US spies disguised as diplomats to gather intelligence on Russia. “We’ve curbed the intelligence activities of US officials who were working under diplomatic cover.”

Lavrov also slammed the allegations of Russian cyber attacks against the US as fabricated.

American officials, including outgoing President Obama, have accused the Kremlin of carrying out cyber attacks against US political organizations to help Donald Trump win the presidency.

Democracy and Class Struggle says looking at the welcome given to Kissinger Trump Foreign Policy which is a continuation and not a rupture with previous US Foreign Policy despite the smoke and mirrors it looks as if the US has had some success in subverting the hard headed and normally cynical Foreign Policy Establishment in Russia with Trump Euphoria.

Euphoria is always a dangerous state and is followed by depression and then realism.


With respect to Lavrov it is difficult to imagine him being euphoric about anything - he is more like Stalin's dry water diplomat.