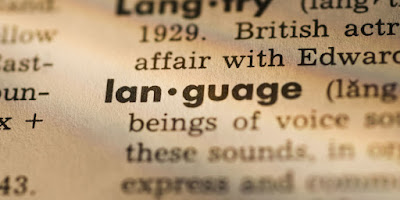 Democracy and Class Struggle has found Trump's supporters sensitive  to naming what they stand for and do - they prefer euphemisms and metaphors to hide their vile political aims.

We see this clearly in Spicer's Press Conferences and Trump Talking Heads on Fox.

This road has been taken before in Germany with German Language and it is time to remember it.

The debasement of language and the traducing of the psyche, dependent as it is upon the organ of speech, is a process observable in varying degrees in all western language.

"What allowed...the degeneration of German speech, over the length of a half century, from the rich, imbricated, responsible pursuit of truth into the garbled, vulgarized German authorized and distributed by the Nazi press, Nazi literature, and official bureaucratic speech  ? "

Source : Cohen, Arthur, The Tremendum, (Continuuum 1993). An extremely bitter interpretation of the Holocaust in history, from a Jewish theological perspective.
Cohen, pp. 7-8.

“In the Bannon repertoire, no metaphor is too direct,” wrote Joshua Green for Business Week. “His films are peppered with footage of lions attacking helpless gazelles, seedlings bursting from the ground into glorious bloom.”