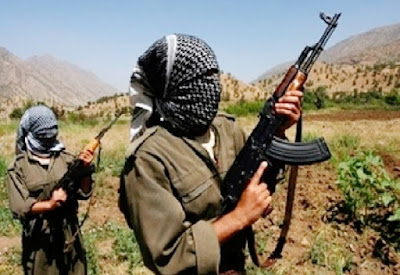 Kurdish and Turkish sources have reported casualties on both sides in Hakkari's Çukurca district.

According to PKK sources 34 soldiers of the Turkish army were killed in an operation this morning.

The Media center of the People's Defence Forces (HPG), the armed wing of the PKK, also reported that Turkish fighter jets had bombed -with mortars and howitzers- the Ertus region in Çukurca where clashes had broken out.

Three PKK fighters died in the clashes the HPG said.

Meanwhile the Turkish Chief of Staff (TSK) stated that one soldier had died initially with two others passing away due to injuries while 3 soldiers had been injured. The statement also said 20 PKK members had been "neutralised."

Clashes have intensified in the Hakkari area recently as Turkey has accelerated its war policy in the country's Kurdish region and Rojava-Northern Syria.