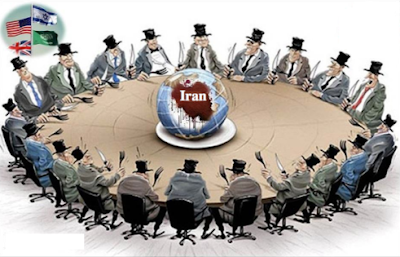 A senior Iranian lawmaker says the recent comments made by British Prime Minister Theresa May against the Islamic Republic prove that London is pursuing a divisive agenda.

Chairman of the Iranian Parliament’s Committee on National Security and Foreign Policy London is pursuing a divisive agenda.


Alaeddin Boroujerdi told IRIB on Thursday that the British prime minister’s remarks among “subservient regional countries are not compatible with the reality” of the Islamic Republic and “indicate Britain’s divisive policy.


Speaking at the annual summit of [Persian] Gulf Cooperation Council in the Bahraini capital of Manama on Wednesday in a televised address, May said Britain would help the GCC states “push back” against what she claimed to be Iran’s “aggressive regional actions.”

The British premier also said that her country wanted to “make a more permanent and more enduring commitment to the long-term security” of the Persian Gulf and would invest almost four billion dollars in defense spending in the region over the next 10 years.

British Prime Minister Theresa May attends a [Persian] Gulf Cooperation Council summit on December 7, 2016, in the Bahraini capital of Manama.

Boroujerdi further urged Britain to refrain from taking any measure which would once again prompt the Iranian legislative branch to scale down the level of diplomatic ties with London.

“If Britain seeks to persist with such a policy vis-à-vis  the Islamic Republic of Iran, the Parliament will once again move to downgrade relations,” the senior Iranian legislator pointed out.

Britain reopened its embassy in Tehran in August 2015 as a sign of improvement of mutual ties between the two countries after hundreds of Iranian students staged a protest outside the embassy in 2011, censuring the expansion of UK sanctions on the Islamic Republic.

The European country had shut down its embassy in Tehran in November 2011, withdrawing its diplomatic staff after hundreds of Iranian students staged a protest outside the British embassy in Tehran against the expansion of UK sanctions on Iran, pulling down the UK flag and demanding the expulsion of the British ambassador.

In late November 2011, Iran’s Parliament approved a bill to downgrade the diplomatic ties between Tehran and London to the level of chargé d’affaires, and limit all economic and cultural collaborations to the minimum level.

Nearly two years after their diplomatic ties were severed, Iran and Britain agreed in October 2013 to appoint non-resident chargés d’affaires as a first step toward re-establishment of their ties.

Iran and Britain upgraded their ties back to the ambassador level in September, in another sign of warming relations between the two countries.

The Islamic Republic named Hamid Baeidinejad, the director general for political and international security affairs at Iran’s Foreign Ministry, as its new ambassador to Britain.

Britain also introduced Nicholas Hopton as its new ambassador to Tehran. Hopton had previously served as Britain’s ambassador to Qatar and Yemen.