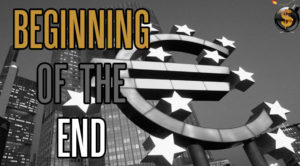 Italian Prime Minister Matteo Renzi has resigned after suffering a heavy defeat in a referendum over his plan to reform the constitution.

In a late-night news conference, he said he took responsibility for the outcome, and said the No camp must now make clear proposals.

With most ballots counted, the No vote leads with 60% against 40% for Yes.

The turnout was nearly 70%, in a vote that was seen as a chance to register discontent with the prime minister.

"Good luck to us all," Mr Renzi told reporters. He said he would tell a cabinet meeting on Monday afternoon that he was resigning, then tender his resignation to the Italian president.

The result is being seen as a blow to the EU, although there is no question of Italy following the UK out of the door.

Both Five Star and the Northern League are opposed to the eurozone but not to membership of the EU itself.

So far, mainstream EU politicians have been slow to react.

EU Economics Commissioner Pierre Moscovici dismissed the referendum as a domestic issue and said it was not a vote against the EU.

"It's a solid country with solid authorities and I have complete confidence that Italy can handle this situation," he told French TV.

The Governor of the Bank of France, Francois Villeroy, who is also a policymaker for the European Central Bank, put a brave face on it.

"The referendum in Italy yesterday may be deemed as another source of uncertainty," he said. "However, it cannot be compared to the British referendum: Italian people have been called to the polls to vote on an internal constitutional matter, and not on Italy's long-standing EU membership."