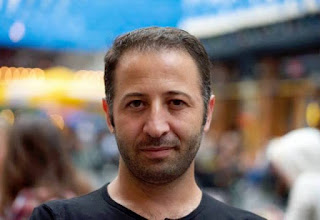 Azadi was detained on Friday by Interpol in the Belgian capital Brussels and has been arrested according to reports. A news editor at the Firat News Agency (ANF), Azadi had written several important reports about the case of the three Kurdish activists murdered in Paris in January 2013.

The suspect in the murders of Sakine Cansiz, Fidan Dogan and Leyla Saylemez died in a Paris hospital on Saturday, a day after Azadi was detained. The alleged killer Omer Guney died due to a brain tumour according to French authorities. He was due to appear in court for the first time in January 2017, four years after the triple-murder.

However the families of the victims and Kurdish commentators have found statements by French authorities inadequate and voiced concerns that the case, which incriminates the Turkish state in the murders, will be closed.

Azadi's arrest has been met with condemnation by Kurdish organisations and activists, who believe it is not a coincidence that the journalist was arrested at a time when the Paris murders' case has back onto the agenda.

The European Federation of Journalists (EFJ) on Tuesday said Azadi was arrested on Turkey’s request.

“And so Belgium proceeds to arrest French-Kurdish journalist at the request of the Turkish authorities,” Ricardo Gutiérrez, General Secretary of the European Federation of Journalists, said on Tuesday.

It is not known on what grounds Azadi was arrested.