Luciana Castellina has been a leading figure of the Italian Left since the 1960s. She co-founded the Partitodi Unità Proletaria per il communismo (PdUP) and the Movimento dei Comunisti Unitari (CU). She was a member of the European parliament from 1979 to 1999 and has been at different times the editor of Nuovo Generazione, il manifesto and Liberazione. 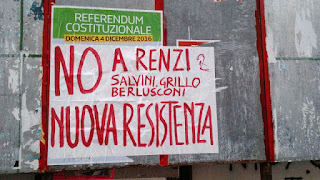 Democracy and Class Struggle says there are many contradictions in the Italian Referendum vote and the Austrian Presidential Election which require deeper analysis not superficial responses of claiming premature victory.