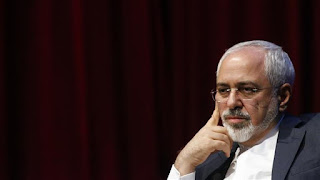 In an official letter to the European Union foreign policy chief, Federica Mogherini, on Saturday, Zarif said the Islamic Republic remained committed to all of its obligations under the nuclear agreement, known as the Joint Comprehensive Plan of Action (JCPOA), which was signed between Iran and the P5+1 group of countries last year.

On December 1, the US Senate voted to extend the Iran Sanctions Act (ISA) for another 10 years. The sanctions law, which would authorize the US president to re-impose sanctions on Iran, was first adopted in 1996 to punish investments in the Islamic Republic over its nuclear program and its support for anti-Israeli resistance groups.


US President Barack Obama on Wednesday declined to sign the bill renewing the existing sanctions against Iran, but allowed the legislation to become law.

White House Press Secretary Josh Earnest said in a statement that Obama had decided to allow the legislation to become law without his signature.

The Iranian foreign minister stressed that all sides needed to fulfill their commitments stipulated in the deal as the JCPOA was a multilateral agreement.

“Maintaining the JCPOA integrity and coherence as well as its sustainability requires that all parties to the JCPOA pay attention to [their commitments to] implement its provisions,” Zarif said.

He noted that the United States kept reneging on its obligations under the nuclear agreement and called on the EU foreign policy chief to make necessary preparations for the JCPOA joint commission meeting.

In a directive issued to the Iranian Foreign Ministry on December 13, President Hassan Rouhani instructed Zarif to take action to follow up on the US violations of the JCPOA as per the provisions of the deal and to take other legal and international measures necessary in that regard.

The Iranian president also ordered the Atomic Energy Organization of Iran (AEOI) to plan work on nuclear propulsion devices to be used in sea transport in response to the recent US violation of the JCPOA.?

In the directive issued to the head of the AEOI, Ali Akbar Salehi, the Iranian chief executive demanded that the organization draw appropriate plans to design and manufacture nuclear propulsion devices as well as the fuel required for them.

Iran and the five permanent members of the United Nations Security Council -- the United States, France, Britain, Russia and China -- plus Germany started implementing the JCPOA in January.

Under the nuclear deal, Iran undertook to put limitations on its nuclear program in exchange for the removal of nuclear-related sanctions imposed against Tehran.
Posted by nickglais on 12/17/2016 01:55:00 PM