Russia: Russia says it has no illusions about a potential breakthrough in relations with the United States, 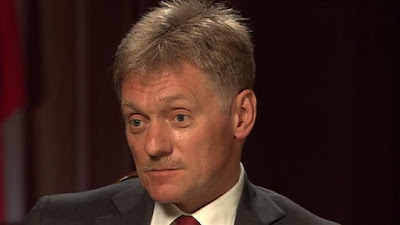 Russia says it has no illusions about a potential breakthrough in relations with the United States, whose incoming administration is perceived to be Russia-friendly.

Kremlin spokesman Dmitry Peskov told reporters on Thursday that communications with the present US administration had been frozen at most levels but expressed hope that the administration of President-elect Donald Trump would have a more constructive attitude toward Russia.

Even so, he said Moscow did not anticipate a breakthrough.

“We’re not wearing rose-tinted glasses, we have no illusions about any breakthroughs but hope for a more constructive approach,” Peskov said.

Ties between the US and Russia have plunged to new lows in recent times as a result of conflicts in Europe and elsewhere. In Europe, Russia is wary of the US-led NATO’s military expansion toward Russian borders. The US has also imposed sanctions on Moscow and blacklisted Russian companies and individuals over the Ukrainian crisis and the 2014 unification of Crimea with Russia.

In the Middle East and Africa, too, the two Cold War-era rivals often find themselves on the opposite sides of conflicts.

The outgoing administration of US President Barack Obama recently renewed sanctions on Moscow, a move Russia “regretted.” The Obama administration recently also claimed that Russia had been directly involved in cyber attacks designed to impact the US presidential election, which saw Trump emerging victorious.

Trump, however, has adopted a softer tone on Russia and praised Putin as a strong leader, much to the chagrin of many US politicians. His nominee for secretary of state,  Rex W. Tillerson, in particular is deemed a Russia-friendly figure.

Putin has reiterated Moscow’s willingness to work with Trump, stressing the importance of the normalization of relations between the two countries.

Trump’s inauguration is scheduled for January 20, 2017.