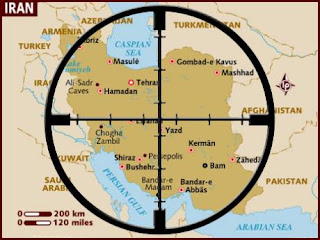 Democracy and Class Struggle says Iran will not sit back and let US under Trump break up the JCPOA and will take pre - emptive measures - Trump's card is already marked by China and Iran.
US tactics with Russia will not undermine the strategic relationship of Russia with China and Iran even with a Rex Tillotson as the new Secretary of State.

Iranian President Hassan Rouhani has ordered the Atomic Energy Organization of Iran (AEOI) to plan work on nuclear propulsion devices to be used in sea transport in response to the recent violation of a multilateral nuclear deal by the United States.?

In a directive issued to the head of the AEOI on Tuesday, the Iranian chief executive demanded that the organization draw appropriate plans to design and manufacture nuclear propulsion devices as well as the fuel required for them.

He instructed Ali Akbar Salehi, the head of the AEOI, to report back to him on the issue within a maximum period of three months.

The president said the measures were warranted in light of the United States’ foot-dragging in fulfilling its commitments under the multilateral nuclear deal — known as the Joint Comprehensive Plan of Action (JCPOA) — and the recent ratification of anti-Iran legislation in the US Congress known as the Iran Sanctions Act (ISA).

President Rouhani said Iran had warned that the approval of the ISA would amount to a breach of the JCPOA.

In a separate directive issued to the Iranian Foreign Ministry, President Rouhani instructed Minister Mohammad Javad Zarif to take action to follow up on the US violations of the JCPOA as per the provisions of the deal and to take other legal and international measures necessary in that regard.

The JCPOA involves a total of seven sides, namely Iran, the US, the UK, France, Germany, Russia, and China. It was reached in July 2015. The deal stipulates that nuclear-related sanctions against Iran be terminated and no such sanctions be imposed as long as Iran meets its side of the bargain, including certain limits to its nuclear program.

However, the US Congress recently reauthorized the ISA, extending the US president’s authority to potentially impose sanctions on US entities that do business with Iran.

The ISA awaits US President Barack Obama’s signature to turn into law. The White House has signaled that it will sign the ISA but will “waive” nuclear-related sanctions against Iran. Even so, Iranian officials have complained, the JCPOA has been breached as a result of the Congress’ renewal of the ISA.

Iran had warned it would take reciprocal action if the ISA was approved. The Islamic Republic has written a letter of complaint to the United Nations over the vote on the legislation at the US Congress.
Posted by nickglais on 12/13/2016 09:09:00 AM