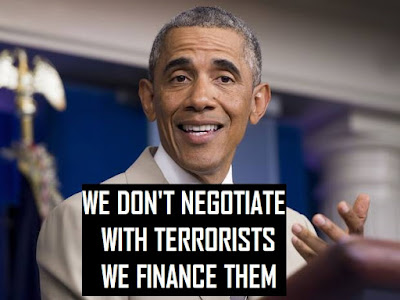 The failure of the state intervention formulas in the 70s, which had projected an extraordinary second economic boom in the postwar period, it unleashed an economic model defined as neo liberalism posed by the opening up of economies, the removal of state regulations and even the dismantling of the national state, the liberalization of markets, especially, the financial markets.

Economic globalization dominated by the funding process anticipated by Lenin in the characterization of imperialism in the early twentieth century, where financial capital is the spearhead of neo-liberal reforms.

From these policies arose unequivocally essential elements of capitalism; this system is incompatible with democracy.

What happened in Greece is the latest evidence of these claims. National interests are brutally trampled and the popular will expressed democratically. The vast majority of the Greek people rejected the economic policies promoted by the troika.

But that was not an obstacle to the imposition of destructive policies by European Union powers.
This clearly expresses the ethical content of capitalism, where the brutal deterioration of the living conditions of the population are subordinated to international financial calculations.

In the Venezuelan case it also manifests in a dramatic way the open contradictions between financial capital and the people's interests.

Our economy has been subjected to a relentless attack for more than two years directed among others, against the national currency. Exchange speculation has led to the so-called "black" dollar defined as dollar today to absolutely irrational levels.

From the logic of capitalism, the grotesque profit margins of this criminal business are absolutely justified. Moreover, any action is doomed to waste this opportunity to accumulate profit and power.
Exchange speculation is the biggest promoter of destabilization in the country. It is intended to subdue a people, stop the revolutionary transformations.

It is one of the most visible faces of economic war. With the "black" dollar inflation is accelerated tremendously and the massive shortage are strongly promoted through smuggling. Its disturbing capacity is dramatic.

Dollar today is part of a terrorist policy aimed at the destabilization of Venezuelan society and the Bolivarian revolution, behind which are powerful economic, media groups, and national and transnational politicians.

Serious exchange distortions of today, expressed in an unusual deviation of more than 90% between preferential exchange rate and the black market, they have opened again the debate about exchange rate policy.

In general, the controls are applied to overcome conjunctural contingencies, to intervene on structural distortions or to fight both simultaneous situations.

In the particular case of exchange control, its justification was based on the need to stop capital flight occurring in the course of growing political contradictions that led to the coup against Commander Chavez and oil sabotage.

A parasitic, rentier economy and with a very high dependence on foreign trade like ours reinforced the need for such controls.

In the current conjuncture, exchange control are the answer to an economic and politics, internal and external adverse scenario, characterized by the collapse of oil prices, sharpening of political contradictions, significant macroeconomic imbalances, depletion of rentism.

It is impractical for economic recovery without such control.

However, the need for exchange control also implies efficiency in its application. This must be adapted to the prevailing conditions.

If its design leads to lags of the exchange rate serious problems are generated.

On the other hand, if controls promote corruption, by its design and / or distortions, They become incompatible with an economic development plan.

Finally, controls should ensure access of business to foreign exchange, otherwise, they become an obstacle to the economy.

An essential rule of controls consists in its permanent review to ensure its efficiency.

Institutional strength is vital for it, especially in the midst of a parasitic mentality that has based the performance of the business sector and the corrupt bureaucracy of the old bourgeois state.

The economic war and its external effects expressed in the collapse of oil prices as a geopolitical weapon of imperialism against Russia, Iran and Venezuela,

It is the result of a deliberate strategy of the enemies of the revolution, which is enhanced as part of an ailing economy and it is further exacerbated by the presence of misguided economic policies.

Out of the variable exchange depends largely the solvency of the economic policy applied in the country, and therefore the relaunch of economic growth.

It is obvious that controls and punitive measures will be insufficient to it.

We would have to work on the efficiency and coherence of economic policies, as well as the increase in the production.