India: They First Came for the Maoists - Now they are coming for you : The Sickening Hypocrisy Of Manmohan Singh

Democracy and Class Struggle says what hypocrisy from Manmohan Singh when he was Prime Minister he used Operation Green Hunt to imprison and kill Maoists for their views  in defence of the Tribal Adivasi people and their lands  - now his liberal and secular friends face same from Hinduvuta mobs he wants to defend freedom of expression.

They first came for the Maoists - and you were silent - now they are coming for you .

Well the good thing is that even the liberals want the world to know what is happening in India has they no longer feel safe from the Hinduvuta mob - but the hypocrisy of Manmohan Singh is breath taking.

The definition of liberalism in the 21st Century is hypocrisy 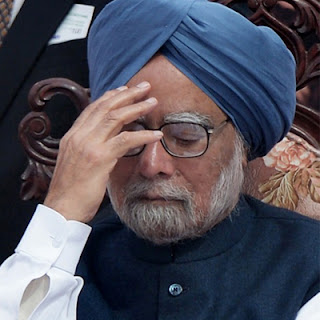