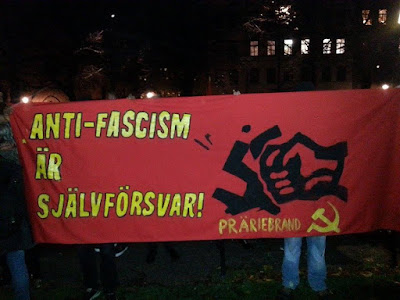 Today Prairie Fire participated in an anti-fascist manifestation in Sweden in memory of Kristallnacht.


There were approximately 700 participants on the manifestation and there was a great wrath against fascist rampage in Sweden, mainly against the parliamentary fascists in SD.

In addition, we donated $ 350 to pay for the imprisoned comrade Joel's fines. Joel is when a comrade who received a prison sentence of 6 years and a fine of 40 000 kr for that he defended an anti-racist demonstration in kärrtorp 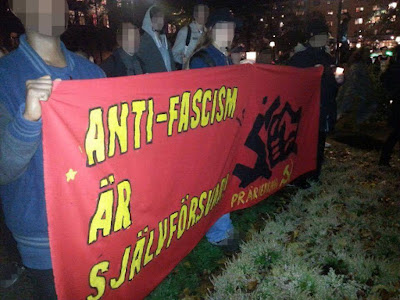