No to Saffron Fascism - No to Narendra Modi visit to UK 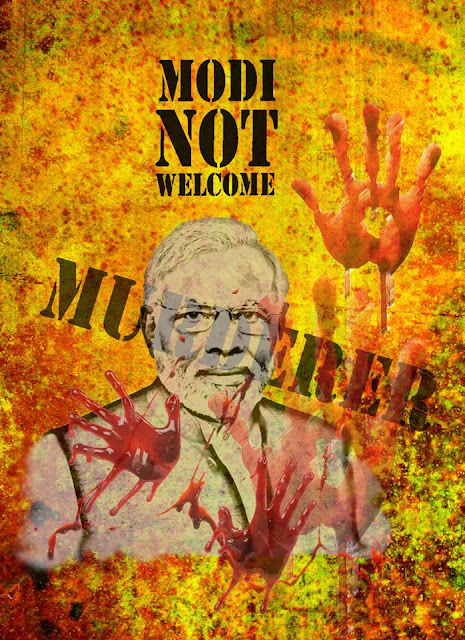 Gujarat Massacre - Modi's moral culpability was recognised by both Britain and the US in denying him a travel visa for several years. Britain has also been attempting, without success, to get justice for the three Britons – Saeed and Sakil Dawood, and Mohammed Aswat – who were chased, cornered and brutally killed, their bodies burned beyond recognition.

Now, disgracefully, trumped by British corporate interests in India, many... owned by British Indians, governmental links with Modi have been re-established.


This rehabilitation is the result of hard lobbying by some Hindutva-friendly politicians (particularly in Labour Party) and the many front organisations that operate in Britain. We are urged to focus on corporate-friendly Modi, the pogroms being a little mishap to be shrugged off.

We should note with concern that some charitable funds raised in Britain, including for the 2001 Gujarat earthquake, went to charities run by Hindu extremists who systematically foment hate. So too must we care about the "saffron pound" sent by long-distance Hindu "patriots" to fund extremism.

But investigating Britain's Hindu zealots doesn't have the same political currency as pronouncements about getting "tough" on Islamic extremism. 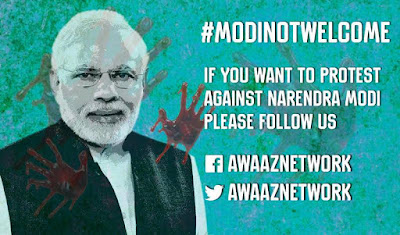 With the recent killing of progressive intellectual MM Kalburgi by Hinduvuta followers in India following on from other murders and imprisonment of intellectuals like GN Saibaba instead of criticism from UK government - we hear that on the 13th November a 70.000 strong "Nuremburg" style rally is to be held for Narendra Modi at Wembley Stadium - London an unpresidented approval from UK government.

It will be the largest reception any foreign head of government has ever received in the UK.

It is more important than ever that people of Wales, Scotland , Ireland, England speak up for the oppressed peoples of India