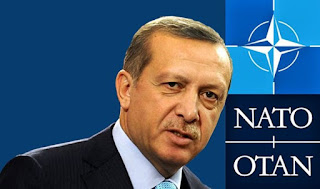 Recep Tayyip Erdogan wants to embroil us in a War with Russia through NATO - either Erdogan goes or we are in the slipstream to war with Russia.

Giving British Prime Minister David Cameron authorisation to bomb Syria under these circumstances is only done by someone with a death wish - has the war and bombing will be turned towards Russia and Syria aided and abetted by Turkey and Saudi Arabia and not against ISIS which only Syria ,Russia and Iran and Kurds are seriously fighting -

Expose the West's Phoney War against ISIS. 80% of Turkeys bombs landing on Kurds fighting ISIS just 20% or less on ISIS.

If War is coming and we are already in the slipstream then 2017 will see global revolt and revolution.Imperialism breeds War - end the Imperialist system of Global Capitalism.

The European bourgeoisie, with England & France to the fore, are also maybe sleepwalking us into the worst possible outcome of nuclear war, in either restricted probing exchanges, or even all-out MAD.

AmeriKKKa would be to frit for former, but would be prepared to sacrifice allied pawns, such as UK, in swapping of targets with the hope of facing down and gaining eventual strategic advantage.over Russia.

Cameron & Hollande represent a quisling class that should be scattered by revolution, before they march the working-class of Europe into incineration."Long is the way, and hard that out of hell leads. up to light." 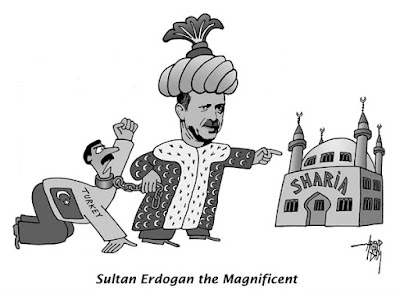 In June 2014, Ali Edibogluan, a member of parliament with Turkey's main opposition Republican People’s Party, said that ISIS had smuggled $800 million worth of oil into Turkey from Syria and Iraq, Al Monitor reported. He pointed to the Rumaila oil fields in northern Syria as well as those near Mosul, Iraq, saying that the group had laid pipes that allowed it to "transfer the oil to Turkey and parlay it into cash." Edibogluan added, "Turkey’s cooperation with thousands of men of such a mentality is extremely dangerous."

Oil generates about $40 million a month in revenue for ISIS, the U.S. Treasury Department has estimated, the New York Times reported in mid-November. Its ability to rake in funds by selling oil on illicit markets comes from taking advantage of a "long-standing and deeply rooted black market," said David Cohen, U.S. undersecretary for terrorism and financial intelligence, as quoted in the Financial Times in October 2014.