INDIA : DO NOT HAVE ILLUSIONS ABOUT BIHAR VICTORY BY HARSH THAKOR 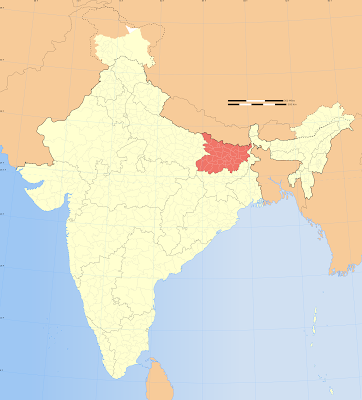 This article reflects the personal views of Harsh Thakor

DO NOT HAVE ILLUSIONS OR CONGRATULATE VICTORY OF GOVERNMENT IN BIHAR. ONLY PATH OF NAXALBARI CAN CHANGE FUNDAMENTAL SOCIAL ORDER OR AGRARIAN REVOLUTION SHOULD BE TERMED A MORAL VICTORY.

DO NOT CALL THIS A PEOPLE'S VICTORY AND LEARN LESSONS FROM PAST.

SUPPORTING ANY OPPOSITION PARTY OR CANDIDATE WILL BETRAY THE IDEOLOGY OF MLM WHICH PAST EXPERIENCES FOR 5 DECADES PROVE.


We have to refute all those who praise the election result in Bihar of Janata Dal(u)as a victory for democracy.

Mere votes or change in government cannot overthrow communal fascism which has it's roots in the Indian socio-economic and political system inherited since 1947.

Morally former Congress leaders like M.K.Gandhi,Sardar Vallabhai Patel or even Jawaharlal Nehru had Hindu communal tendencies and indirectly patronized it.

If we praise this as a victory for people of Bihar we betray the legacy of the Naxalite movement first laid by C.P.I.(M.L.)  and after the 1980's by the erstwhile Maoist Comunist Centre and C.P.I.(M.L.) Party Unity and C.P.I.(M.L.) Peoples War group and now the C.P.I.(Maoist)

Hindu comunalism or protect the rights of dalits.This govt took no action against perpetrators of Laxmanpur Bathe massacre and supported the hanging of M.C.C.activists in Delechak -Baghaura in 1987 and Bara in 1992.

True voters exhibited secular thinking against the Nazi type R.S.S.ideology of B.J.P but remember that they don't fully understand how undemocratically are socio-political system works.

What is enshrined in the constitutions hardly implemented.Even if the C.P.I.(Maoist) line may be defective or not mass line to defend revolutionary movement we cannot support any ruling class party.Remember how much in the past to gain power like Janata Dal even the C.P.M.has made electoral alliances with forces like B.J.P.

There has been a weakness in the  maoist movement with groups supporting opposition party candidates in states like Andhra Pradesh or Bihar formally.

Can we forget how nothing changed after Indira Gandhi was defeated in 1977 after holding the emergency for 19 months?Was it not the Congress that was indirectly responsible for Babri Masjid demolition in 1992 and for opening gates in 1986?Has any Janata Dal govt supported an anti caste or anti-communal movement?

Readers I endorse the fact that B.J.P.is a fascistic party but remember only an agrarian revolution can make a moral difference.

Remember how repressive other parties like Congress ,Janata Dal or even C.P.M have been on democratic movements.

Was not C.P.M responsible for killing of hundreds of communist revolutionaries in West Bengal and suppressing workers struggles?

Was not the Mazdoor Kisan Sangrami Samiti and M.C.C banned in Bihar under Janata Dal rule ?

In fact the J.D played no role in helping ressurrect the banned democratic organizations and their leaders were involved in the nexus between upper caste landlords.

Although we have features of bourgeois democracy or liberal democracy in India we also have fascistic trends with peoples movements liquidated.

It is the polarization of Yadav caste that put Janata Dal in ascendancy.

Below is an example of class collaborationist line.

I regret that even certain sections of Maoists are congratulating election triumph in state of Bihar.

Readers should study post-emergency period when encounters took place in Andhra Pradesh and coming of V.P.Singh in 1989.

People of Bihar have given a fitting reply to Modi's arrogance. RSS through BJP and Modi wanted to consolidate their political hold by intensifying safronization in a frenzied manner.

They wanted to push through corporatization and saffronization leading to the goal of Hindu Rashtra at Bihar people's expense. Congratulations to people of Bihar for defeating this conspiracy.

Bihar election results have decisively struck down the communal fascists and their leading head: the Modi - Amit Sha duo. Once again the sustenance of democracy and secularism over the religious - fanatic and caste - catering tactic of the sangh parivar has been proven. This electoral outcome that has trounced the saffron forces really enthuses the left and democratic forces.

We salute the people of Bihar for defeating the communal fascist forces in a decisive way.
(Signed)
MS JAYAKUMAR
General Secretary