How did the First World War actually end? - Paul Mason

Democracy and Class Struggle is aware that the British Establishment is trying to force a revisionist intrepretation of the First World War on schoolchildren to promote British Nationalism.

This simple question by Paul Mason helps undermine the wholesale revisionism on the First World War  and the Imperialist apologetics of the British State.

Journalist Paul Mason poses the question of how World War I actually ended, as this question is being roundly ignored amidst the often revisionist and pro-war centenary commemorations.

Quiz question: why did the first world war end? We’re about to witness a commemoration in which the human preference for restraint and dignity will be under pressure from the televisual tendency for wittering on without knowledge or feeling.

So one crucial piece of knowledge should be, for schoolchildren and for TV presenters alike: how and why did it actually end?

Well, on 24 October 1918, with the German army retreating and its discipline disintegrating, the right-wing aristocrats who ran the German navy launched a suicidal mass foray from the base in Kiel, where they’d been holed up. It was quite clear, rebel sailor Ernst Schneider later wrote, that this was to be a “death ride”.

But the sailors had other ideas. The crews of German battleships were drawn from the families of skilled, socialist working class. Since Easter 1916 the entire underground culture of the German ports – Hamburg, Kiel, Wilhelmshaven – had been pervaded by far-left agitation. There was a “whispering campaign”: under the cover of seamen’s yarns in the lower decks, in the lockers, the munition rooms, crow’s nests of the fighting masts – even in the lavatories – an underground organisation was built up, Schneider remembered.

The sailors’ organisation met in in the dark, kneeling between the stones of a war cemetery. This was no Potemkin-style, spontaneous outburst. With extreme order they took over the bridges, ran up red flags and pointed the guns of rebel ships at the hulls of those that did not rebel. 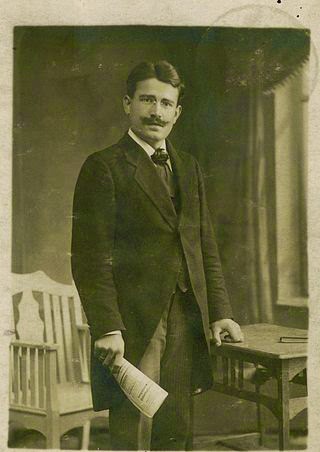 On 4 November 1918 they armed themselves and set off, in their thousands, for the industrial centres of northern Germany. Jan Valtin, a participant, remembered: “That night I saw the mutinous sailors roll into Bremen on caravans of commandeered trucks – from all sides masses of humanity, a sea of swinging, pushing bodies and distorted faces were moving toward the centre of town. Many of the workers were armed with guns, with bayonets and with hammers.”

By 9 November, with workers swarming into the streets of Berlin, the Kaiser abdicated: only the declaration of a republic, with a Labour government and the promised “socialisation of industry”, prevented outright Soviet-style revolution.

These incredible events do not fit easily into the narrative the mass media has been feeding us about the 1914-18 war. We’ve had TV presenters telling us most soldiers “actually enjoyed the war”; we’ve had the former education secretary declaring Britain’s most famous anti-war play – Oh What A Lovely War – to be full of left-wing myths.

But the termination of war by working-class action fits uneasily at a deeper level: for most of history the existence of a workforce with its own consciousness and organisations is an afterthought, or an anomaly. I’ve tried this quiz question again and again on highly-educated people and, even once they know the answer, there are looks of “does not compute”. ‘Stab in the back’
For Hitler, the German workers’ role in ending the war became the “stab in the back”: it was his ultimate justification for eradicating the German labour movement after 1933. In the British imperialist version of events the Kiel sailors become useful ancillaries: Yanks and tanks turn the western front and, naturally, the Germans throw the towel in once their front starts to crumble.

But to social historians the German workers’ role in ending the war is no surprise. Because exactly 100 years ago this week, they had also turned out in their hundreds of thousands to try and prevent it starting. The German socialist party was a massive social institution – with libraries, schools, choirs, nurseries – and during the fatal slide to war they called their members onto the streets in every major city.

Then, under the pressure of war-fever and fearing their institutions would be outlawed, the socialist leaders swung behind the war effort.

We know now, thanks to the publication of records and memoirs, that it was entirely possible to have stopped the first world war. Key members of the British cabinet were against it; large parts of the social elite in most countries, including Germany, were stunned and appalled by the unstoppable process of mobilisation.

But within 18 months of its outbreak, dissident German socialist MPs were leading mass strikes, demonstrations and riots against the war. Despite censorship, mobilisation and the natural moral solidarity people have with troops sent to the front, the German arms industry was repeatedly hit by strikes after 1916.

When they reached Berlin, the first thing the insurgent sailors did was try to seize its radio tower: their aim was to send a message of solidarity to Russian sailors at Kronstadt in the eastern Baltic Sea, who they had been fighting until a year before.

Why don’t we know this story? In one sense, it is all too familiar: the Kiel mutiny is part of the staple diet of high-school history. But by the time we get to popular representations of the 1914-18 war they are wrapped in stereotypes and ideology. In TV dramas about the period before and during the war, the most popular working-class characters are servants. That’s how the elite experienced the working class – as domestic skivvies. Representations of life in factories and working-class communities are rare. Even when it comes to comedy, there are way more officers in the cast of Blackadder Goes Forththan there are men from the ranks.

The best antidote to ideology is detail. But the autobiographies of those who took part in the Kiel mutiny are, themselves, clouded by their subsequent politics: a few emerged after 1945 as ruthless bureaucrats in East Germany. Others, like Ernst Schneider, who ended his days working on the London docks, remained inveterate anarchists.

But once you get to the detail, the big picture becomes clear.

Alongside the tragic and glorious place names of the 1914-18 war – Ypres, Gallipoli and the Somme – we should also remember Kiel and Wilhelmshaven, for it was here German workers finally did what they had been trying to do since August 1914: they stopped the war.

I'm thinking you should do a version of this entitled: "How did the First World War actually begin?"

In the early 1900s most European countries had powerful socialist movements with strong support from the working classes.

The Second International was an organisation that brought many of these groups together from around the world.

25 different political parties were affiliated to the Second International - including the British Labour party, which had 42 Members of Parliament. In France, socialists held 103 seats in the French parliament – while in Germany the Social Democratic Party, the SPD, had over a million members, 110 seats and a quarter of all German votes. The Second International strongly argued against war in Europe.

In 1912, at their congress in Basle they called upon workers to unite in their duty “to exert every effort in order to prevent the outbreak of war”. They declared that military action by Germany, France or Britain would be “criminal insanity”.

Such was the Second International’s apparent solidarity that European governments were unsure of the extent of public support for war in July 1914.

To their surprise and relief, many socialists rallied to their various national causes.

They believed their governments when they said that they were acting in the national interest.

But what if the Socialists and the Second International hadn’t decided to support the war?

What if instead they’d stuck to their declaration of 1912 and opposed it?

A general strike in 1914 would have taken away the labour of workers in dockyards, railways, or munitions factories, as well as prevented the many hundreds of thousands of reservists from turning up to their armies across Europe.

Without the support of the workers, could Europe’s governments have mounted a war on the scale of World War One?

The failure of Left due to revisionism certainly contributed to the ability of bourgeoisie to launch war - social democracy was has Lenin described a "stinking corpse" but did it have to be that way ?