The impact of the Bolivarian Revolution on Education by Jesus Rojas 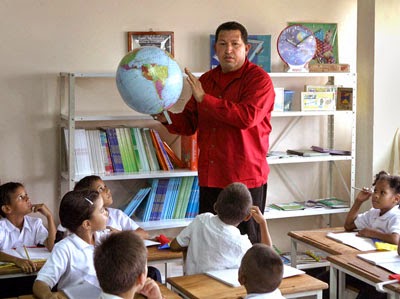 The impact of the Bolivarian Revolution on Education


"Nations will march towards the apex of their greatness at the same pace as their education".


Educational achievements in Venezuela since the triumph of the Bolivarian Revolution have, along with health care come to symbolise the humanitarian aspect of this popular social revolution. The bolivarian revolution has achieved and has sustained universal access to free and secular public education at all levels and with high degree of equity. When the revolutionary government came to pòwer spending on educaction was one of the area it focused on the most. By 2001 it increased public spending on education to 4,3% of GDP (or $220 per capita), twice the level of 1996 and one of the highest level in twenty years. Much of the new investment in education went towards the building of new schools and the transformation of old ones into "Bolivarian Schools". Also public school enrollment (primary and secondary) increased from 5.5 million in 1998 to 6,5 million in 2001 an increase in one million (or 18%) in just three years, when in the previous six years there had been no increase at all in public school enrollment.


The increase in basic education enrollment represented 8,6% of children age 5 through 14, or nearly half million in school who would otherwise be without education. For secondary education, the increase meant that 14,7% of children age 14 through 19, or nearly 400.000 children have been able to stay as a direct result of improved social investment. The largest gain has seen in higher education: from 1999-2000 school year to 2006- 2007 enrollment increased by 86%. The bolivarian revolution also initiated The Ribas Mission to provide secondary for returning adult students. The Ribas Mission began in 2003 and its first students graduated in 2005. In its first three years of operation, the program graduated over half a million students- about three percent of the country`s adult population. The revolution also carried out a large scale literacy training program Misión Robinson. 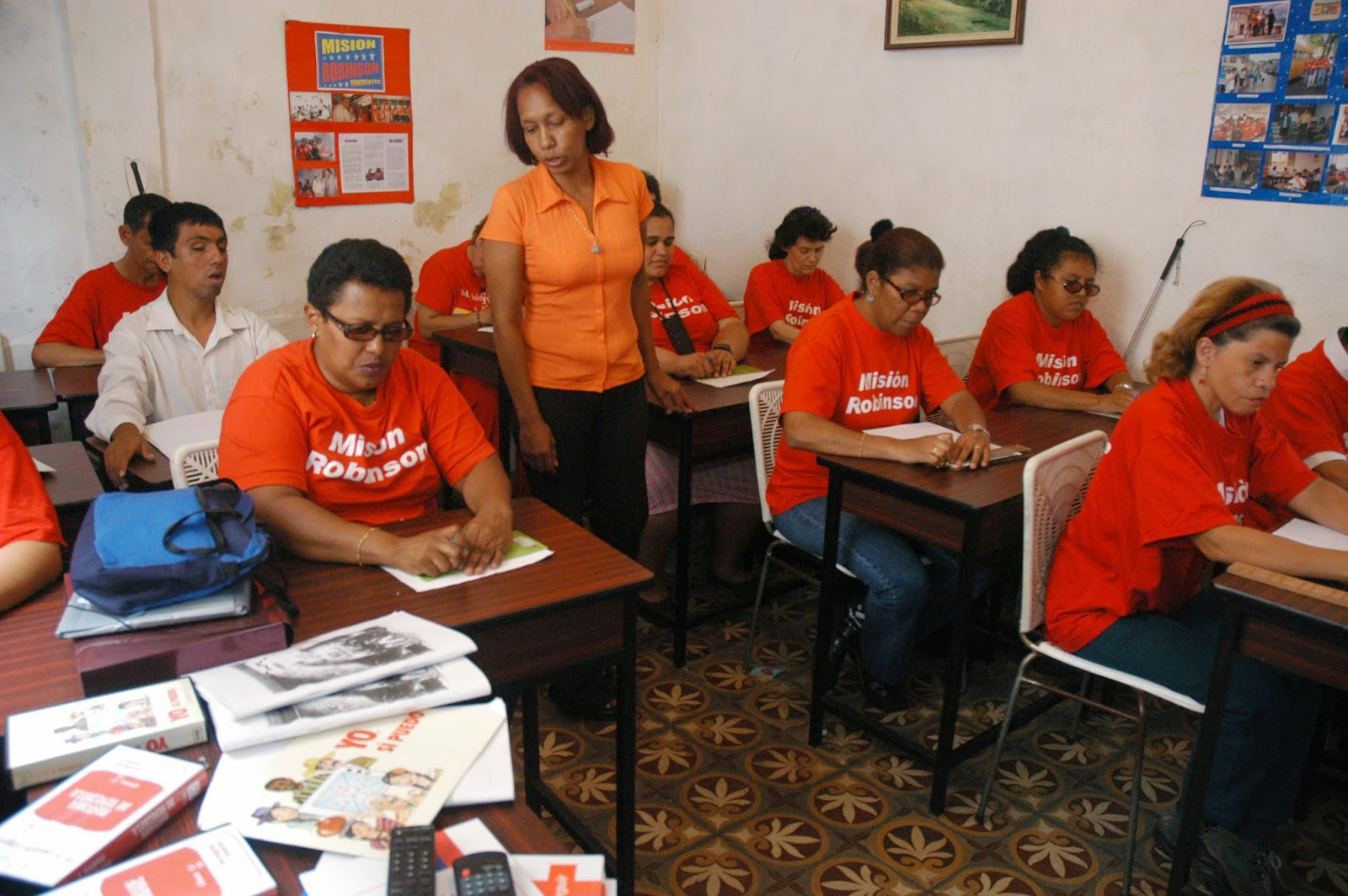 On October 28, 2005, UNESCO declared Venezuela illiteracy-free territory acknowledging the educational teaching-learning method known as "Yo Sí Puedo" (Yes, I Can) which was designed by Cuba, and implemented through the social program known as Mision Robinson (Robinson Mission). During mentioned year 1.486.000 Venezuelans became literate as the result of the government`s efforts to guarantee all its citizens the right enshrined in the Bolivarian Constitution (1999) on articles 102, 103, 110, and, in accordance with the Universal Declaration of Human Rights, which enshrines that "everyone has the right to holistic, comprehensive, good quality education, with opportunity offered equally. The late president Hugo Chavez along with Cuba`s help, promoted the Post-literacy program known as "Yo Si Puedo Seguir" (Yes, I Can Continue). Robinson Mission II, later adding other educational programs such as Ribas y Sucre for diversified university levels, respectively. According to data from the Ministry of Education, during 2011-2012 the access to education was at 96.50% while in 2012 and 2013 stood at 95.50%. This year the government will distribute 35 million textbooks to state primary and high schools from its Bicentenary Collection, which covers the national curriculum. This marks an increase from last year when 30.75 million books were distributed under the system, and 12 million in 2011.


The government is also planning to distribute 5 million copies of the National Constitution to schools this term in order to raise awareness of the constitution’s contents and promote the values defended in its articles. It will also distribute 650,000 free "Canaima" laptops to children from 1st to 6th grade this school term. A further 1.4 million will be handed out in 2014, bringing the total distributed since 2008 to 4 million, the Canaima laptops are manufactured in the country as part of a cooperation agreement with Portugal.


Today, the Venezuelan state allocates 7 percent of its GDP to education, while in 1998 the contribution was barely 3.9 percent. Without including the socialist missions that target those left outside of the formal education system, enrollment in 1998 stood at 6.2 million and has now increased to 7.5 million in both public and private institutions. Venezuela has Latin America’s second-highest rate of enrollment in higher education: 83 percent. This figure rivals that of developed countries like Finland (92 percent). The average rate of enrollment for the region stands at 29.6 percent. Investment in higher education: Funding for university has increased by 814 percent, up from less than $300 million in 1999 to $2.6 billion in 2011. 2010 marked the year when the most universities were created in the history of Venezuela- a total of nine universities. Student admissions: the policy of inclusion was consolidated in 2010, when 128,382 people were admitted to universities through the National Enrollment System (RUSNIEU).


The Bolivarian Government of Venezuela increased higher education enrollment by 170 percent, up from 785,285 students in 1998 to over 2.12 million in 2009. Public and free access to higher education has been boosted under the Bolivarian Revolution. Enrollment in public universities was at 61 percent in 1998, while in private universities it stood at 39 percent, but by 2009, the enrollment in public universities reached 75 percent, and 25 percent in private universities.[1]. Special Education: In 2012, Venezuela’s National Assembly authorized the executive to approve about $40 million for the Ministry of Education to build 1,200 special classrooms in Bolivarian public schools for children with disabilities.[2].


[1] Ministry of People’s Power for University Education "Achievements of the Bolivarian Socialist Revolution," June 2011. Accessed on May 17, 2012.


[2] Embassy of the Bolivarian Republic of Venezuela to the U.S "National Assembly Approves Almost 40 Million to Build Especial Education Classrooms". March 7, 2012. Accessed on May 17, 2012

[3]Embassy of the Bolivarian Republic of Venezuela to the U.S "Mission Robinson Teaches Close to Two Million People to Read and Write," March 3, 2011. Accessed on May 17, 2012.