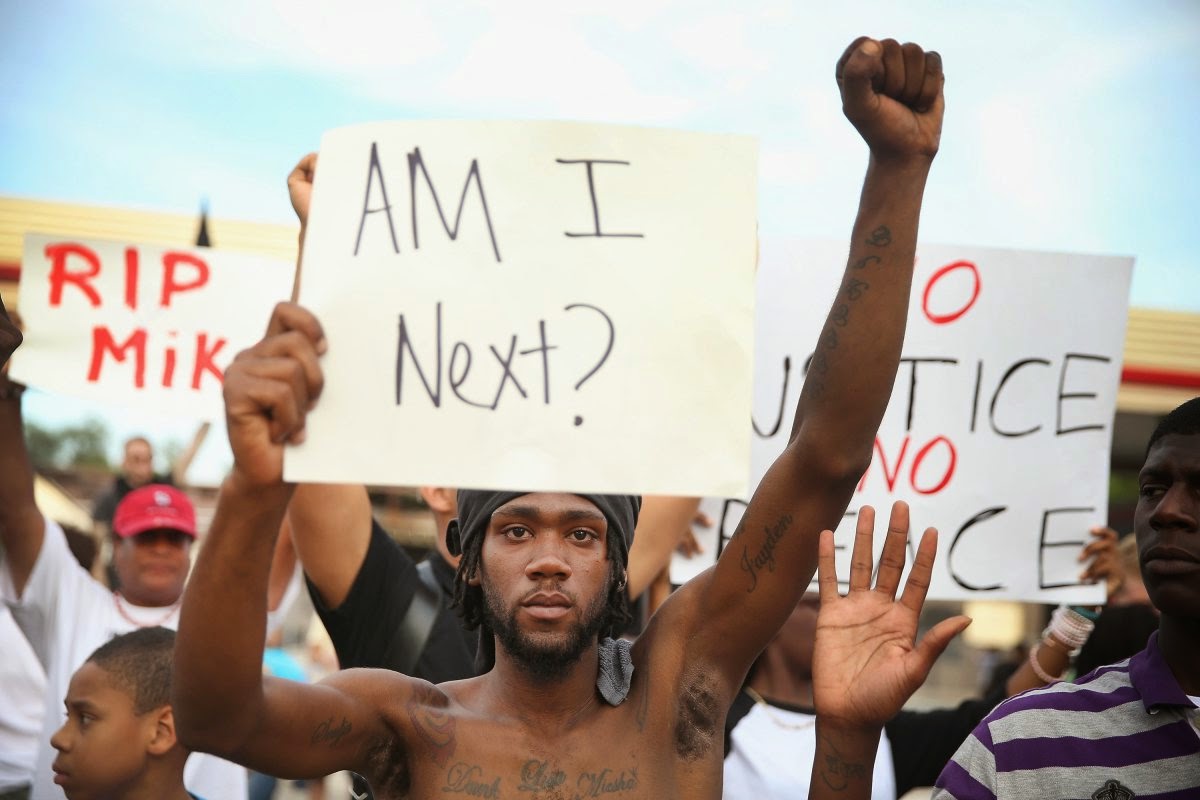 Democracy and Class Struggles thinks today about quotation from Marx in 18th Brumaire.


Missouri has an especially racist legacy.  The last of the slavery states, it was a launching pad for numerous raids into Kansas by slaveowner militias hired to turn the vote in that state in favor of the slavers.

It was from Missouri that raiders went to the abolitionist town of Lawrence, Kansas and burned it to the ground.  This led to a guerrilla war that involved John Brown and his band.

Symptomatic of the US’s racism is how so many history books cover that war.  John Brown’s campaign is consistently labeled as murderous, while the actions of the raiders is often portrayed as a response to Brown’s tactics.

This is despite the well-documented attacks on Lawrence, including one led by William Quantrill and known in history as the Lawrence Massacre. The coverage of the Michael Brown murder in the mainstream press suggests that the actions of those who carry on the raiders’ task (in this case the Ferguson police) continue to be excused for their violence.
When it comes to the US and racism, many Black and Brown residents of the United States will tell you, things haven’t changed that much.  From the attacks on the President of the US because of his skin tone to the shootings of Trayvon Martin, Oscar Grant, Michael Brown and hundreds of others, there is one common factor.  That factor is racism.

It is the scourge of our nation.  Although the targets of that racism bear the brunt of its effects–from job and educational opportunities to living quarters and treatment by authorities, it will be its perpetrators who make the final payment for their actions.  John Brown wrote about slavery in his final note “I John Brown am now quite certain that the crimes of this guilty land will never be purged away, but with Blood.

I had…vainly flattered myself that without very much bloodshed, it might be done.”
SOURCE: http://www.counterpunch.org/2014/08/18/missouris-legacy-of-violent-racism/