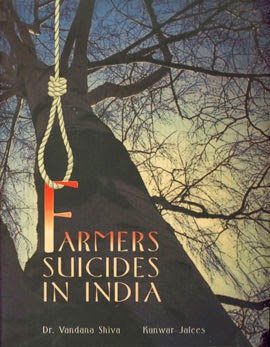 The National Alliance for People’s Movements (NAPM), apex body of several people’s bodies across India, has decided to converge in New Delhi on December 2, 2014 to oppose Narendra Modi-led NDA government’s proposed changes in the land acquisition Act, passed last year in Parliament when the UPA-2 government was in power. Calling the decision to change the Act “unacceptable”, the rally will also oppose proposed changes to social, environmental and labour laws. The NAPM believes the rally is particularly important because the BJP’s victory in the Maharashtra and Haryana assembly polls has only boosted the party’s confidence.

“Now the BJP is talking of bringing an ordinance”, the NAPM says, adding, “Let there be no confusion, people’s movements are not going to sit silently and watch these changes take place. People of this country will teach the political class a lesson, as they have done in past. If Modi is too keen to fulfill the agenda of Ambani and Adani then what about the agenda of the people, who have voted them?”

A statement issued by NAPM claims, “Agricultural crisis is writ large and in 100 days of the NDA government; 4,600 farmers committed suicide and another 46,000 to 69,000 attempted. In the same time nearly two lakh ceased to be farmers. Has the Prime Minister provided or created those many jobs? We know the answer! India is not shining and there is no achchhe din for aam aadmi!”
“Arun Jaitely cited principle of ‘eminent domain’ but as a lawyer he also must be aware of other provisions of the Indian Constitution which guarantees people right to object and dissent, or else the Supreme Court could have declared the 2013 Act ultra vires”, the statement says.

The statement regrets, “A cacophony of voices, from corporate houses, leaders of political parties to ministers in the NDA government are demanding and announcing amendments to the Right to Fair Compensation, Resettlement and Rehabilitation, Transparency in Land Acquisition Act, 2013, even before it has been fully implemented.”

It underlines, “The Act was enacted after going through several rounds of consultations with all stake-holders and debated by two Parliamentary Standing Committees headed by senior BJP leaders, Kalyan Singh (2007) and Smt Sumitra Mahajan (2009). It was done in the background of the violent clashes in Nandigram, Singur, Kalinganagar, Bhatta Parsaul and many other places across the country, lest it be forgotten.“

The NAPM says, “The proposed changes in the Act, to remove the consent clause and Social Impact Assessment for land acquisition, will take away two key provisions of the law. Without these, the law will be a replica of the colonial land acquisition Act, 1894, now repealed. The law will look like the proposed Rajasthan Land Acquisition Bill, 2014, now with a select committee of Rajasthan Vidhan Sabha. A draconian bill, it makes any dissent a criminal offence.”

“Farmers and project affected families by Sardar Sarovar Dam in Narmada valley or in Chhindwara have already declared themselves as the rightful owner of their land, acquired but not used or taken possession or having not accepted compensation, as per the clause 24 of the Act. Many other are following suit in different parts of the country”, the statement points out.

It further says, “Similarly, the NDA government is proposing changes to the National Rural Employment Guarantee Scheme (NREGS) into a policy, make changes to Forest Rights Act, 2006, amend National Food Security Act, and bring significant changes to labour laws, in a bid to boost their campaign ‘Make in India’. This is not acceptable to us and we will challenge it.

These laws have been framed after years of struggle by people’s movements.”

The decision to hold the rally was taken following a discussion involving several people’s organization, prominent among them being the NAPM, the Pension Parishad, the Right To Food Campaign, and the Rashtriya Mazdoor Rozgar Morcha.

Among those who have signed the statement include Medha Patkar of the Narmada Bachao Andolan (NBA), NAPM representatives from different states, including Gujarat’s Anand Mazgaonkar and Krishnakant of the Paryavaran Suraksh Samiti, Vadodara.