Remembering Len Wincott and 13 Years of Mutiny in the Royal Navy and Marines : January 13th 1919 the Kilbride hoists the Red Flag at Milford Haven

On January 13, 1919 there was a mutiny on the patrol boat 'Kilbride' at Milford Haven in Wales , where the red flag was hoisted.

The 6th Battalion of the Royal Marines, formed in the summer of 1919 at a time of unrest over demobilisation, were originally intended to police Schleswig Holstein.

But, at short notice, the Battalion had been diverted to cover the evacuation of Murmansk.

They were sent to the Lake Onega region, a further 300 miles south of Kem.

Thirteen men were sentenced to death and others to up to 5 years imprisonment.

None of the death sentences were actually carried out. The 90 mutineers were shipped to Bodmin prison, where they continued their resistance to arbitrary authority.

In December 1918 some Marines had been involved in a mutiny inside Bodmin prison which had resulted in three death sentences, later commuted to five years penal servitude.)

Continued resistance paid off. The ninety men arrested after the Murmansk incident had their sentences reduced as follows: the 13 sentenced to death were commuted to five years, but 12 were released after only one year, and the other after two years.

In recognition of the fact that their officers had acted contrary to Army instructions in employing young and inexperienced lads at the front, the remainder of those arrested were either released or had their sentences commuted to 6 months.

Following the announcement, nineteen of these acts of 'clemency' the First Lord of the Admiralty told the Commons that 'bad leadership' was a factor behind the mutiny.

He even hinted at the possibility of disciplinary measures being taken against several officers.

Many other mutinies occurred in North Russia.

One took place in the 13th Battalion of the Yorkshire Regiment, which ended with death sentences being passed on two sergeants whilst the other mutineers were cowed by White Russian machine gunners called in by the English officers.


In September 1931, as part of its attempts to deal with the Great Depression, the new National Government launched cuts to public spending. Navy spending cuts were translated into a 10% pay cut (matching 10% cuts across the board for public sector workers).

However, the cuts were not applied equally to all ranks. Sailors of the Atlantic Fleet, arriving at Invergordon (on the Cromarty Firth in Scotland) in the afternoon of Friday 11 September, learned about the cuts from newspaper reports.

Wincott - then a 24-year-old able seaman serving on the Norfolk, organized meetings which prevented the cruiser from moving for two days.[2]

The mutiny lasted two days (15–16 September 1931). Wincott, with another able seaman - Fred Copeman - became a member of the Norfolk's strike committee. Although the mutiny was entirely peaceful, the Royal Navy imprisoned dozens of the ringleaders and dismissed hundreds more, Wincott among them.[3]


Democracy and Class Struggle remembers the solidiers and sailors during and after the First World War who raised the Red Flag of rebellion, many of these activities and incidents are not in naval or regimental histories.

In fact in no histories at all.

We have found this when looking at rebellions within Welsh Regiments on the Western Front has well as one rebellion at Porthcawl in Wales by conscripted Miners.

Many were simply shot dead and have no memorial beacuse of their opposition to Imperialist War. 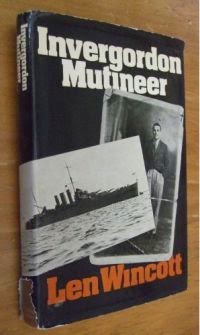