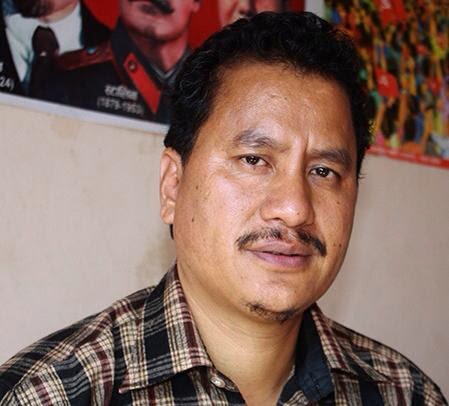 Democracy and Class Struggle welcome the break by Comrade Netra Bikram Chand  and we are reminded of an old African Proverb.

“Do not vacillate or you will be left in between doing something, having something and being nothing. - Ethiopia”

The vacillation is over and we unreservedly welcome it.

Now the work of re- building a revolutionary movement in Nepal can seriously get underway.

The Republica story below is true and has been confirmed by Nepalese Comrades.

We await official statement from Netra Bikram Chand before we comment on his line.
Democracy and Class Struggle


KATHMANDU, Nov 24: A faction of the CPN-Maoist led by its General Secretary Netra Bikram Chand has announced a breakaway from the party.

Leader Chand in a press note Monday made it public that he finally decided to split from the party as his efforts to end the intra-party deadlock became unsuccessful.

The party could not go ahead under the leadership of Kiran, he said referring to the party Chair Mohan Baidya ´Kiran´, adding, "We hereby announced our separation from the party." We have decided to make public our future course of action through discussions soon, the statement adds.

We are holding discussions on how to take the Nepali revolution ahead and make it the party of proletariats, Secretary Chand further states in the press note.

It may be noted that the central committee plenum meeting of the party that kicked off at Kupondle Sunday was postponed till Monday with party Chair Baidya and Secretary Chand putting their views.

The two leaders met today and after the meeting with the party chair, Secretary Chand issued a press statement announcing the split from the party.

the new party should take up the New Synthesis of Communism by Bob Avakian.