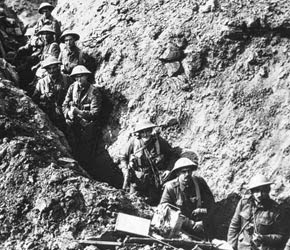 Popular opinion has, ever since its ending, remembered the First World War as a time of horrendous and futile misery and slaughter, as epitomising political and military leaders’ incompetence and callous disregard for human life. That popular judgement, which has helped turn common opinion against war in general, was correct, and we must not let the war mongers dismiss this instance of the wisdom of ordinary people.