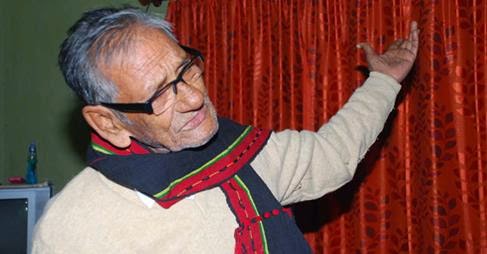 How were you arrested and how was you treated in jail?

I was never arrested. I was kidnapped by Greyhounds in April 2006 when I was taking a walk one evening in Raipur, Chhattisgarh. My face was covered and I was taken to some unknown place that I later realized was Khammam in Andhra Pradesh. Initially, I was tortured. They used to hang me upside down for hours but later things became normal. Jails in Jharkhand are horrible where one has no access to even lawyers. I read books during the past 10 years in jail and would now try to analyze things in the real world.

Has the Maoist movement gone wayward? Have the cadres not lost ground in the last few years?

Maoist movement is based on principles laid down by Mao Zedong and the cadres have been following it in letter and spirit. But there is an urgent need to review certain strategies as there is no denial of the fact that the movement is on a back foot in the recent years. The problem with Maoists is they work underground and hardly indulge in public activities, and for this reason, the government could corner them inside forests.

Do you find corruption creeping into the party (Maoists)?

Since I was in jail for nearly a decade, I could not follow their activities closely but there are certain discrepancies, which is evident. Corruption always flows from top to bottom and unless the top leadership is free from all 'shortcomings', it is difficult to establish purity of principles. The way several dozen splinter groups have cropped up and some of our notable leaders like Kameshwar Baitha, Yugal Pal and others entered electoral politics, the top leadership is certainly lacking. Even we are part of the society and if corruption is prevalent there we cannot remain unaffected.

Maoists are suffering in the hands of splinter groups like TPC and PLFI. Are these small groups supported by the state?
Supporting splinter groups is a tactical way of low-intensity conflict (LIC) theory of the US and such groups are often supported by the state. The damage to Maoist movement is more from such groups than military operation like Operation Greenhunt. The long-term but slow war frustrates cadres and unless they are properly groomed at the level of theories, they tend to succumb to the fallouts of LIC.

Maoist movement once had its base among the middle class in West Bengal, but in Jharkhand, Chhattisgarh and Odisha, it remained confined to the tribal and poor.

The conditions were different in Bengal and other parts of the country. The middle class was not that affected in these states as were tribals and scheduled caste. The composition of society decides the kind of participation in the movement. The Bengal movement was otherwise more organized and bigger.

Do Indian Maoists have some lesson to learn from their counterparts in Nepal and China?

It is necessary to review the outcome of Maoist movement in neighbouring countries, like Nepal and Bangladesh. I personally believe that the situation in China should also be studied properly so that we learn from their failures and initiate our future course of action. In Nepal, the leaders were highly theoretician and tried participating in government. It would be premature to pass a sweeping remark in a few lines whether it was a right decision but reviewing their experience is must for the movement in India

Has Com. Narayan Sanyal wrestled with the New Synthesis of Communism by Bob Avakian? He should learn from BA and the RCP, who have gone further than parties in Nepal,Bangladesh, or China and India theoretically.