UKRAINE: QUASI-PARLIAMENT FOR THE MINORITY BY DMITRY KOLESNIK 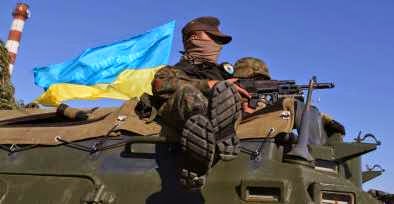 Ukrainian parliamentary elections, held on October 26, primarily showed the reality of the country’s split. The turnout was much lower than in all previous elections and the map of turnout shows the split and division of the country – the fact that is being constantly masked by Ukrainian nationalists and the authorities recently brought by them to power.

The half of the eligible voters boycotted the elections since they don’t see any use of it, since their will was again violated last February during the coup. Thus, in fact Ukraine has the parliament and president representing actually a part of the country – the fact that inevitably contributes to the escalation of the civil war.

The whole election campaign was held in the atmosphere of intimidation and terror of the political opponents, that reminds the elections in Germany 1933 – “free and fair” despite the permanent attacks and terror against the Left, trade-unions and dissenters.

How they managed to oust the political opponents? For that purpose various paramilitary thugs of Nazi hooligans, Right Sector and unidentified armed gangs were used. Let’s revise just some recent incidents.

“On Saturday, September 27 the Communist Party (KPU) had called a “March for Peace”. The call was banned by the authorities and the rally was attacked by fascist thugs. The police then proceeded to arrest dozens of protesters, including the first secretary of the Kharkov KPU”. Before it “the fascist thugs burnt Communist Party flags and materials”.

The day after, the police and the national guard allowed and protected a “Ukraine unity” march to go ahead, which ended in the destruction of Lenin’s statue by fascist thugs.

Many of them were masked and carrying weapons, as well as using neo-nazi symbols and those of the Ukrainian Insurgent Army (UPA), which collaborated with the nazis in WWII and carried out a genocide of the Poles in Western Ukraine.

At the forefront of the crowd overthrowing the statue were militants of the neo-nazi Social-Nationalist Assembly and Azov Regiment, as well as those from far-right Svoboda party. The action was cheered by Interior Minister Arsen Avakov.

“On September 18 a gang of fascist thugs drawn mainly from ultras from the local Metallist football team attacked a Communist Party rally protesting against price increases and Kiev’s so-called “anti-terrorist operation” against the Donbass.

The tactic of using football hooligans bussed in from other towns to terrorise your opponents and encourage your own side was already used in several cities in the days leading to the Odessa massacre on May 2nd in which far right Kharkov Metallist football hooligans played a role.On September 14, ultras from Carpathians and Vorskla also marched together with soldiers from the neo-nazi Azov Battalion in another “march for unity” before a local football match.”

In Dnipropetrovsk the Communist Party leaders were arrested without warrant.

Add to this the campaign of violent attacks on other opposing officials and politicians (not necessary left). “

‘Almost lynching’: Radicals attack Ukrainian officials, throw into trash bins” – shouts RT. “Since early September up to a dozen MPs, city councillors and other officials accused of wrong doing have been hauled from their offices by masked gangs in what has become know as the “Trash Bucket Challenge.” The perpetrators - often members of the radical right-wing group Right Sector - say the public humiliations are to punish the corruption and criminality that characterised the previous regime.

But critics warn the attacks are just one step away from mob justice and public lynchings.” – warns British the Telegraph.

Thus, we see again how ‘inconvenient’ candidates or parties are being targeted so that by means of far-right violence – to get the desired result – to adopt the austerity measures, social cuts and continue the war against own people.

The extraordinary elections were needed mostly to have an obedient parliament able to adopt unpopular laws and spending cuts. As Marxist economist Michael Roberts wrote yet in August: “New President Poroshenko, one of Ukraine’s feuding oligarchs (in his case, the confectionery king), has dissolved parliament and called elections for 26 October.

The election will probably lead to the removal of all the old supporters of the ousted pro-Russian former president still in parliament. They have been blocking attempts by the current caretaker prime minister Arseniy Yatsenyuk to carry out the dictates of the IMF under the $17bn ‘reform’ programme agreed last April.In return for IMF money to meet foreign debts and fund the state (for arms mostly), the Kiev government agreed to huge cuts in public spending, pensions and welfare and, above all, to privatise state agencies and raise energy charges for heating and fuel by over 40%, a total reduction of government spending of 6.75% of GDP.”

Thus, we see again the same pattern (as during Maidan) being used: use far-right thugs; hire outright fascists so that to push through neoliberal agenda and adopt austerity measures.

In the new parliament we’ll see many far-right nationalists – especially commanders of volunteers’ battalions included into the lists of parties. Among them e.g. Andriy Biletsky the commander of the neo-Nazi battalion “Azov”, and leader of the “Social-National Assembly”.

As reports BBC its stated aim "to prepare Ukraine for further expansion and to struggle for the liberation of the entire White Race from the domination of the internationalist speculative capital; to punish severely sexual perversions and any interracial contacts that lead to the extinction of the white man".

This Battalion was formed and armed by Ukraine's interior ministry.”

Among others the seats in the Parliament won Dmytro Yarosh, Boryslav Bereza and Andriy Denysenko from the coalition of neofascists “Right Sector”.

Not less dangerous symptom of the far-right rise is the result of the Radical Party of O.Lyashko associated also with neo-Nazi battalion ‘Azov’. Amnesty International recently warned about this political figure accusing him in torturea and abductions: “In the broader context of a deteriorating security situation in the east, Amnesty International has recently raised its concerns with the Ukrainian authorities about one particularly errant MP who has been “detaining” – in effect abducting – and ill-treating individuals across the region.

He’s called Oleg Lyashko, he is the leader of the pro-Ukrainian Radical Party, Member of the Ukrainian Parliament and former presidential candidate. He travels in the company of muscular armed young men in military fatigues and the ubiquitous camera to record his exploits.”

The Radical Party of O.Lyashko won some 7,5% and, among others, it brought into parliament such notorious figure as extreme nationalist Yuriy Shukhevich – son of Roman Shukhevich – a Nazi war criminal responsible for the Holocaust and genocide of civilians in Ukraine and Belarus during WWII.

Another Radical party deputy in new parliament – Ihor Mosiychuk the activist and one of the leaders of neo-Nazi Social-National Assembly and one of the commanders of the notorious battalion “Azov”. However, the most dangerous trend is that it’s mainstream “respectable” parties adopt the ultra-nationalist rhetoric and agenda, while introducing neo-Nazis in their ranks and promoting them to the highest positions.

As one of the analysts commented this trend: “The fact that the nominal fascists in ukraine didn't do that well at the ballot box is partially down to the political 'centre' moving that far to the right to almost dispense with the need for a far right political offering in the first place. That the current prime minister is doing deals with Yarosh and standing down his own candidates to give Yarosh a clear run and that the Popular Front is stuffed full of people like Andriy Parubiy [the founder of Social-National Party] speaks volumes to that.”

Or, as writes Peter Mikhailenko for “In defence of Marxism”: “While Svoboda has been losing support, it certainly does not correlate with reduced influence of the far-right. In order to see this, one has to merely look at the election strategy of the People’s Front. As mentioned, the PF is an alliance between pro-Western oligarchs and leaders of the National Guard battalions, including many elements of the far-right such as Tetyana Chornovol, a far right activist who until recently was a leading figure in the far-right organization UNA-UNSO [Ukrainian militant far-right organization responsible for a number of violent assaults].”

The leader of Ukrainian revolutionary Marxist organization Borotba commented the elections outcome, stating that “the far-right nationalist electorate is still here. Moreover, it has grown considerably, and expanded while voting for several rightwing parties. Have not gone away, of course, the traditional supporters of the Left, but they, unlike the leadership of the Communist Party, have no parliamentary illusions. Millions of people have realized that their participation in the elections is absolutely useless, because the very elections are organized in such a way so that deliberately to deprive them of any representation and ignore their position”.

While diverting people by nationalist rhetoric and suppressing social protests by the hands of far-right paramilitaries, the government will go on plundering the country and imposing social cuts without any serious challenge from the opponents.
In economic sphere the future praliament coalition has already announced the plans for mass privatization and sell out public companies.

The draft of the future coalition agreement implies such drastic measures: the change of the Labor Codex aiming at restricting workers’ rights; adopting the right to fire workers without trade-union’s approval; cancellation the ban on reducing the number of hospitals and clinics; privatization of coal-mines and rail-roads; the rejection of the price regulation for agricultural products etc.

Thus, we see the plans of the new government and parliament – it’s mostly neoliberal ‘reforms’, de-regulation, privatization and other miracles demanded by the IMF.

Meanwhile, the industrial production in August had fallen by 21.4% compared to August 2013 and by 16.6% in September. Imports fell by 23.5% over the 9 last months [compared to analogous period of the previous year]. Exports fell by 6.8% despite all the promises from the EU about favorable terms.

In such a drastic situation of nearing economic collapse Ukrainian government can rely only on strategy of permanent war with own people, media censorship and far-right terror. But it needs money for it – and the only source to pay for the military adventures, far-right thugs, profits of our ruling oligarchs – is a western taxpayer. Only large sums of money and outright terror can help to keep in power the government and parliament, representing actually the minority of the society.