Carl Dix of RCPUSA : Wilson Has Walked : AMERIKKKA MUST COME TO A HALT! THERE IS RIGHTEOUS RESISTANCE AND YOU MUST BE PART OF IT!!! 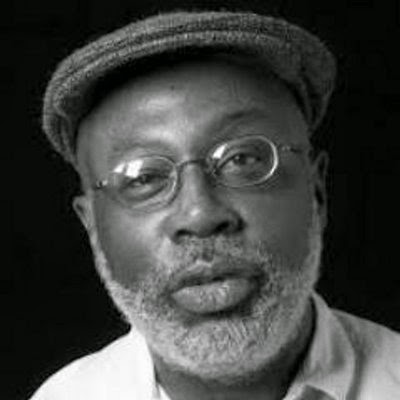 The grand jury has refused to indict Darren Wilson, the cop who killed Michael Brown in Ferguson. Once again one of their hired guns has gotten away with murdering a Black youth. This is a shot to the heart. A brutal, horrible injustice in its own right. And a damning indictment of the very essence of this system. It was a statement that ONCE AGAIN, the lives of Black people mean NOTHING to those who sit atop this empire of injustice.

This has to stop. NOW.

AmeriKKKa has a long history of savage oppression of Black people going all the way back to the dragging of African people to this country in slave chains. This savage oppression continued after slavery was abolished in the form of Jim Crow segregation and lynch mob terror.

And it's still in effect today in mass incarceration and the police given a green light to brutalize and even murder people. Police have killed two Black men in St. Louis since Michael Brown was murdered. A 12-year-old boy was murdered by police in a Cleveland playground just this past weekend.

For weeks the authorities told people to remain calm and let the system work. For days we heard them threaten to unleash militarized police and the National Guard on anyone who would protest. Well, the system has worked—it's let another murdering cop walk free. This amounts to the system giving a stamp of approval to police murder of Black people.

And that is why it is so right, so just, and so necessary, that people are standing up! Within hours, people from the projects from the campuses and beyond poured into the streets in righteous fury and defiant protest. They stood up to teargas in Ferguson. At 1 a.m., thousands marched through the heart of NYC—from lower Manhattan through Harlem and have shut down the Triborough Bridge. Protesters blocked key freeways in LA and Oakland. Hundreds at the White House staged die-ins.

There were actions ranging from prayer vigils to street protests, from Boston, Baltimore, Seattle, and beyond.

There is no standing on the sidelines now.

Bringing business as usual to a halt needs to continue and be built on. People need to stay in the streets. Don't go to work. Walk out of school or make stopping this genocidal program what your schooling is about. People in the neighborhoods where police routinely brutalize and murder need to make their anger felt thru mass political resistance.

And everybody needs to join in saying NO MORE to police murder. Athletes and musicians need to take a stand on this. Everyone has to take a side in this fight—Are you with the police who murder Black youth and the system that gives them a stamp of approval for their murderous actions? Or are you with the people who are standing up and saying NO MORE to this shit? If you fail to act, you're going along with the stamp of approval this system gives to police murder. But if you do act, you can be part of changing everything!

What is at stake is the very world we will live in. Can you tolerate a world where the lives of Black people mean nothing? It’s that basic. If your answer is no, bring AmeriKKKa to a halt!

And DON’T STOP UNTIL THERE IS JUSTICE AND THE MURDERER OF MICHAEL BROWN IS IN JAIL.