Review of Mutiny from Spartacus to Invergordon (1937) by Tom.H. Wintringham 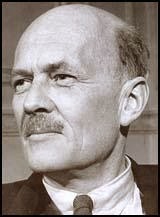 In this book T.H. Wintringham has set his hand to a task which is very big, and has entered a field of history—the history of mutinies—which has been practically untouched by bourgeois historians.

For a ruling class a mutiny among its armed forces is an extremely dangerous event which places in jeopardy the very means on which, in the last analysis, depends its power to coerce the ruled class. The members of a ruling class always reflect on a mutiny with a shudder of horror, even though the crisis should have been apparently safely overcome.

For this reason it is but natural that bourgeois historians should jump over such events and ignore them completely, or, should they mention them at all, dismiss them in a few curt lines which conceal rather than reveal the true character of such events.

The author has limited his study to mutinies in the strictest sense of that word, he deals with uprisings amongst men who are serving under arms and who revolt against their superior officers, against the authority to which they have sworn obedience. Starting with the revolt of the Roman slaves led by Spartacus, and rapidly surveying the mutinies in the army of Cromwell, and the British fleet at the Nore, Wintringham goes on to give a detailed analysis of events within living memory, touching on the Indian Mutiny on the way.

It is the modern events from 1905 onwards that receive the biggest share of attention in the book and it is these events which are handled best by the author.

The mutinies in the army of Cromwell are presented with an over-simplification of the historical background in which they occurred that is liable to be a little misleading. One can hardly agree when the author says (p.48) “only the personal strength of one man, Cromwell . . . . stood between the angry men of the army and their aims.” Without denying the fact that the personality of individuals does play a role in history, we must not ascribe to individuals the tremendous power to change history which a statement such as the above would imply.

The Ware revolt was conditioned to a large extent by the Putney conference which had taken place seventeen days previously, and this conference cannot be ignored in any estimation of the mutiny at Ware. On page 353 the author flies to the other extreme when he says “one execution of a mutineer aroused against him (Cromwell) the Levellers’ War.”

There is no doubt that the execution of Robert Lockyer was a focal point in the mutiny, but one cannot say that this event aroused the mutiny, the mutiny started at Ware and only hung fire during 1648 because of the outbreak of the second civil war, compelling a united front of the Levellers and the Presbyterians.

In his handling of the events of 1917 in the French armies, and the mutiny in the German navy in the same year, the author shows the big repercussions of the February revolution in Russia, and the growing war-weariness of the armed forces which reflected the increasing misery of the civilian population. He gives a fully documented description of these mutinies, and reveals information which has been shrouded in secrecy for many years.

Particularly striking is the analysis of the mentality of the “brass-hats” who were responsible for the senseless slaughter of thousands of troops, by throwing them into battles which were simply mass suicides. So widespread were these mutinies which took place in the French army that at one time no less than sixteen of seventeen army corps were involved, yet the only deaths occurred when a few officers tried to subdue the men with revolvers and were killed for their pains.

The author shows very clearly the spontaneous character of the mutinies and the fact that the mass of soldiers and sailors involved in them were not actuated by revolutionary motives, but mutinied because of very real material grievances. For those who think that to-day, at any rate, “England is different” the author gives detailed factual material dealing with the various demobilisation revolts of 1918, and also deals in detail with the Invergordon events of 1931.

One point stands out clearly in his analysis: revolts are not “made” by people interested in fomenting them, they grow out of the class contradictions within the armed forces themselves.

Another point which stands out sharply is:—mutinies do not pass over into revolution unless they are led by a party that knows precisely what is demanded by the moment.

In this connection Comrade Lenin, in summing up the results of the Moscow uprising of December, 1905, pointed out that it is wrong to imagine that troops even when wavering, go over to the revolution of their own accord, but he also emphasises that the troops must have already begun to waver before they can be won over to the side of the revolution.

He says: “As a matter of fact, the wavering of the troops which is inevitable in every really popular movement, leads to a real fight for the troops (Lenin’s italics) whenever the revolutionary struggle becomes more acute” (page 349, Vol. 3, Selected works). The analysis of Wintringham underlines every word of this statement of Lenin.

The history of the Russian revolution, and the civil war and intervention, is inextricably connected with mutinies, and the revolt of the French Black Sea fleet occupies a prominent part in this respect. It was this mutiny, if we except the actual Russian mutinies themselves, which showed the nearest approach to a conscious revolutionary leadership, and in this connection the name of André Marty occupies an honourable position.

The author has done the working class movement a great service in making available the facts of this revolt to English speaking readers.

Wintringham correctly takes as his starting point of investigation “that mutiny is a class phenomenon” (p.350), and shows that so long as the armed forces are based on an antagonistic class basis, mutinies are inevitable.

He also shows why the only armed forces in the world which are not based on antagonistic classes, the armed forces of the U.S.S.R., can be free in the future from mutiny.

The book is a good book and worth the attention of every serious student of the working-class movement. It is a book which should be placed in all public libraries.

13 years of Mutiny in British Navy to Invergordon in 1931

Mutiny in the German Navy at Kiel and Wilhemshaven

nice review, except for the glorification of the USSR. what about Kronstadt? wasn't that a mutiny by working class sailors against the despotic rule of Lenin and the Communist Party, which in fact became a new ruling class after the revolution?