Ukraine: Grabbing the Bread Basket of Europe : Ukraine under the illegal oligarch rule has now accepted GMO seeds: the rape of Ukraine has begun 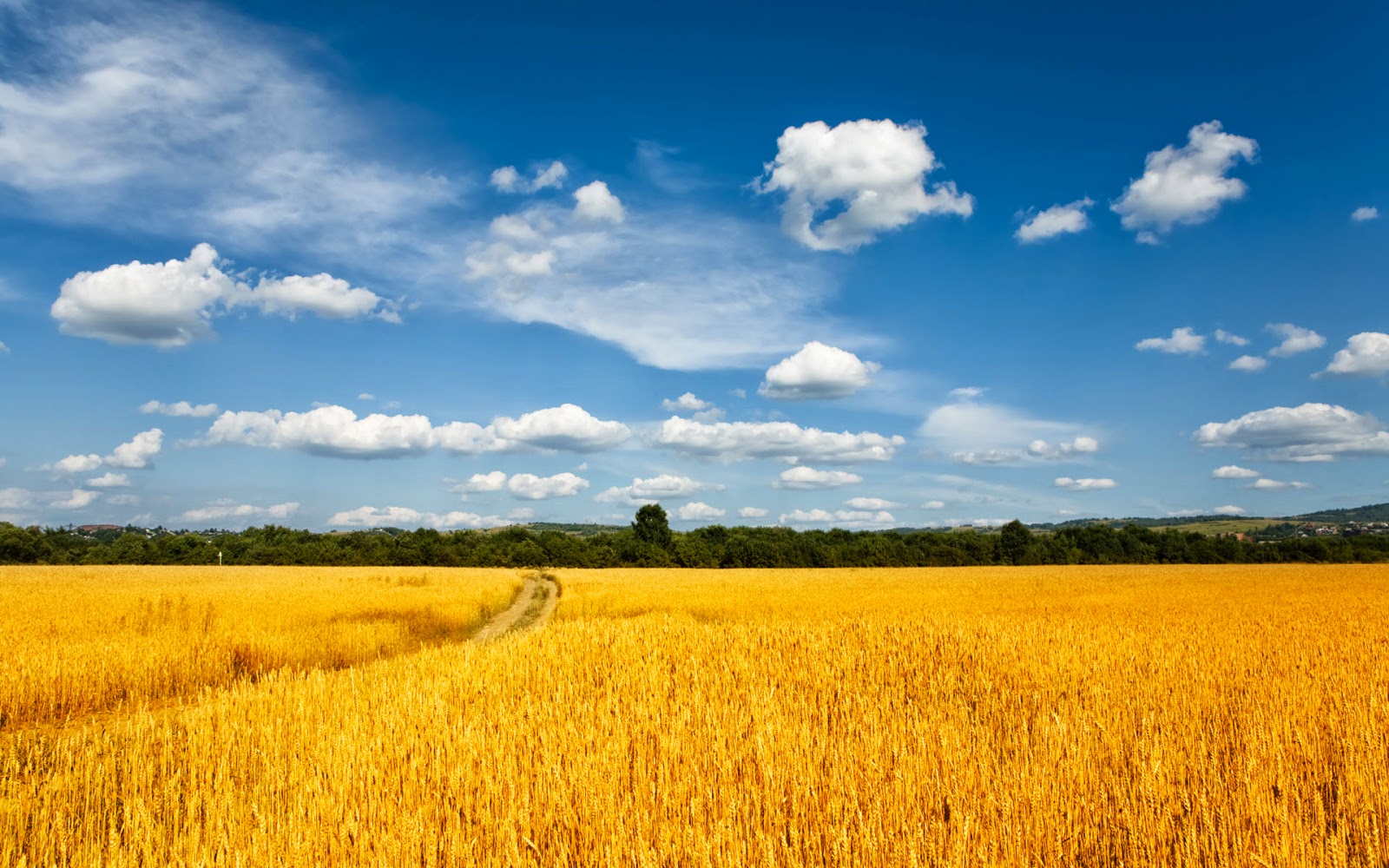 The East-West competition over Ukraine involves the control of natural resources, including uranium and other minerals, as well as geopolitical issues such as Ukraine’s membership in NATO.1

With its ample fields of fertile black soil that allow for high production volumes of grains and cereals,

Ukraine is often referred to as the “breadbasket of Europe.” In the last decade, the agricultural sector has

been characterized by a growing concentration of production within very large agricultural holdings that use large-scale intensive farming systems.18

The presence of foreign corporations in the agricultural sector and the size of agro-holdings are both growing quickly.19

In recent years, more than 1.6 million hectares (ha) have been signed over to foreign companies for agricultural purposes.20

China signed an agreement for 3 million ha of prime farmland in Eastern Ukraine in September 2013 but it is unclear if this deal will go forward with the change of government. according to media reports, this deal is now “disputed.”22

If it is implemented, the agreement would give China control over an area roughly the size of Belgium that accounts for 5% of all arable land in Ukraine.23

Whereas Ukraine does not allow the use of genetically modified organisms (GMos) in agriculture,25 article 404 of the EU agreement, which relates to agriculture, includes a clause that has generally gone unnoticed: it indicates, among other things, that both parties will cooperate to extend the use of biotechnologies.26

There is no doubt that this provision meets the expectations of the agribusiness industry. as observed by Michael Cox, research director at the investment bank Piper Jaffray,

“Ukraine and, to a wider extent, Eastern Europe, are among the “most promising growth markets for farm-equipment giant deere, as well as seed producers Monsanto and duPont.”27


Ukraine under the illegal oligarch rule has now accepted GMO seeds: the rape of Ukraine has begun

This article was written by Engdahl of global research, they are currently offline suffering a denial of service attack most likely by the CIA. GMO seeds have already caused massive bee die-offs in America now they are poisoning Ukraine as well. Monsanto is also believed to have bought Blackwater the mercenary army believed to have been used by America to overthrow the government of Yanukovich.


Ukraine’s rogue regime lifts the ban on sale of farm land and to open its rich agriculture to Monsanto, DuPont & the GMO agribusiness cartel.

The Washington-orchestrated destruction of everything of possible value in Ukraine continues with a vengeance. On top of the deliberate ethnic cleansing of Russian-speaking citizens of the Donbass in eastern Ukraine by the psychopaths in Kiev, now the brutal dictates of the US-led International Monetary Fund (IMF) is forcing one of the world’s most precious agriculture regions into the hands of Monsanto and western agribusiness.

It is useful to recall that the ostensible trigger for the months’-long Maidan Square opposition protests against the Yanukovich government that began in November 2013 was the decision by Yanukovich to reject an EU Association Agreement. That EU agreement was tied to a $17 billion loan from the International Monetary Fund (IMF). Instead of the EU and IMF deal, Yanukovich choose a Russian aid package worth $15 billion plus a 33% discount on Russian natural gas and Ukrainian membership in the emerging Eurasian Economic Union with Russia, Kazakhstan and Belarus.

The stakes for Ukraine were far more that an apparent couple of billion dollars difference, however. Here the details of the IMF loan “conditionalities” are vital to understand why Yanukovich rightly said no. When allegedly NATO-trained snipers opened fire on Maidan Square peaceful protesters as well as state police, killing many, the ensuing panic led to the flight of Yanukovich and installation of the exact government the US State Department Assistant Secretary for Eastern Europe, Victoria “**** the EU” Nuland told her Kiev US Ambassador she wanted. The key Prime Minister post, as she demanded, went to a former finance minister friendly to the US and the IMF, Arseny Yatsenyuk, whom she affectionately referred to as “Yats.”

Within a week after Yatsenyuk took over, the IMF sent a rush mission to Kiev to confirm if the new government was ready to go with the IMF conditions of the $17 billion loan. The answer was a resounding Yes! IMF European Department Director Reza Moghadam declared at the end of this visit that he was “positively impressed with the authorities’ determination, sense of responsibility and commitment to an agenda of economic reform and transparency.”

On May 22, the American President of the World Bank in Washington, Jim Yong Kim, announced a $3.5 billion Ukraine aid package. Jim Yong Kim praised the Yatsenyuk government for its “comprehensive program of reforms, which they are committed to undertake with support from the World Bank Group.” [i]

The IMF major focus is on “opening up” Ukraine’s agriculture riches to takeover by US and EU agribusiness giants, above all, Monsanto and DuPont, the world’s largest purveyors of GMO seeds.

On May 27, 2014, the New York Times revealed the truth about the “generous” IMF credit. True to the saying, “There’s no such thing as a free lunch” Ukraine has to pay and pay dearly. The New York Times revealed that “Western interests are pressing for change; big multinationals have expressed tentative interest in Ukrainian agriculture.” The Times further revealed how the reforms of the Ukrainian economy and particularly of its agricultural sector that were tied to
the $17 billion IMF deal sought to “bolster the confidence of foreign investors” by addressing the Ukrainian agricultural sector’s “red tape and inefficiencies.”

Even in 2012, when then-President Yanukovich rejected the IMF and World Bank Conditionalities as too burdensome, the World Bank began a program to expand agribusiness in Ukraine through the International Financial Corporation (IFC), its private sector arm. The IFC established the Ukraine Investment Climate

Advisory Services Project to enhance the investment climate specifically for agribusiness. The project proposes to improve the agricultural business environment by “streamlining or eliminating 58 different procedures and practices by 2015.” Among the IFC demands were that Ukraine “delete provisions regarding mandatory certification of food in the listed laws of Ukraine and Government decree,” and harmonize its laws with international standards around pesticides, additives, and flavoring, to avoid “unnecessary cost for businesses.” [ii] Those are presumably now being implemented under the pro-IMF Yatsenyuk government, eliminating any governmental food safety certification, allowing free use of pesticides and herbicides and food additives like MSG.

Historically Ukraine has been known as the “Breadbasket of Europe.” According to a 2013 forecast by the US Department of Agriculture, Ukraine was poised (before the Washington-instigated February Coup) to become the world’s second biggest grain exporter in the world after the US. It shipped over 30 million tons of grain out of the country last year.[iii]

Ukraine still holds some of the world’s richest black top soil. Ukraine’s vast agricultural lands, mostly in the western part, made it before the crisis the world’s third largest exporter of corn and cotton, fifth largest exporter of wheat, and largest grower of sunflowers for oil. Its rich soil gives high yields of grains and cereals. Until recently Ukrainian law has largely blocked private ownership of farmland. Ukrainian law also banned planting of GMO seeds.

Virtually blacked out of the European and Western media is a clause in the terms of the EU-Ukraine Association Agreement. Article 404 of the EU agreement relates to agriculture. It includes a clause that has generally gone unnoticed: it indicates, among other things, that both parties will cooperate to extend the use of biotechnologies.[iv] Biotechnology is the Monsanto euphemism for Genetically Manipulated Organisms (GMO). The official text of Article 404 of the EU Association Agreement Ukraine signed reads: “AGRICULTURE AND RURAL DEVELOPMENT, ARTICLE 404: Cooperation between the Parties in the field of agriculture and rural development shall cover, inter alia, the following areas:…

promoting modern and sustainable agricultural production, respectful of the environment and of animal welfare, including extension of the use of organic production methods and the use of biotechnologies, inter alia, through the implementation of best practices in those fields.” [v]
In short, Ukraine’s rogue regime has already agreed to lift the ban on sale of farm land and to open its rich agriculture to Monsanto, DuPont and the GMO agribusiness cartel. That spells devastating implications for the possibility to keep the EU relatively GMO free.

The big US grain and seed companies are already crawling over Ukraine, even before the February coup. Wall Street investment banker Michael Cox, head of research at Piper Jaffray recently wrote that today Ukraine is one of the “most promising growth markets for…seed producers Monsanto and DuPont.”[vi]

Monsanto has been active in allegedly non-GMO areas in Ukraine for several years. Already in May 2013, Monsanto, now the world’s largest seed company, unveiled plans to launch a “non-GMO” corn seed plant in Vinnytsya in western Ukraine. Vitaliy Fedchuk, in Corporate Affairs at Monsanto Ukraine, told Reuters, “The seeds will be for the Ukrainian market and for export.”

That announcement was before Ukraine agreed to the EU Article 404 to allow GMOs and with the IMF to open land sales of agriculture lands to private investors. Around the same time DuPont’s Pioneer Hi-Bred, another of the major GMO seeds companies announced construction of a $40 million seeds plant in Poltova in central Ukraine to produce seeds of maize, sunflower and rape. The name of the plant is «Stasi Seeds Pioneer Hi-Bred». They have also not declared if they will produce GMO seeds in the plant.