The Communist Party has been created in the self-proclaimed Donetsk People’s Republic.


Its founding congress was held in the republic on Wednesday.

Chairman of the DPR Supreme Council Boris Litvinov was proclaimed leader of the party.

He said the Communists would support DPR Prime Minister Alexander Zakharchenko’s candidature at the upcoming elections for premiership.

This is the first party in the history of the self-proclaimed republic. Other political organizations were set up in the form of public movement. 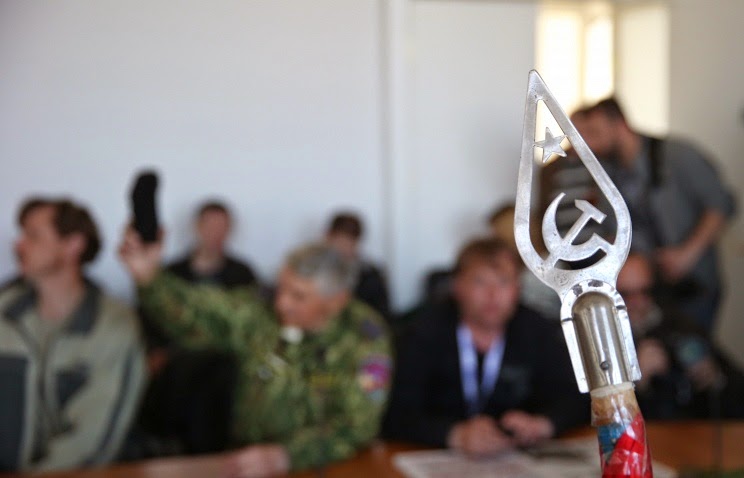 "A populist perspective prevents the recognition of any antagonism internal to “the people,” transposing the source of all conflict outward onto external groups

We wish you success in your struggle and urge you to study and take up the ideology of Marxism Leninism Maoism.

The ideology of national and social liberation in the 21st Century.

Success to your struggle comrades from Democracy and Class Struggle

Long Live the Communist Party of the Donetsk People's Republic