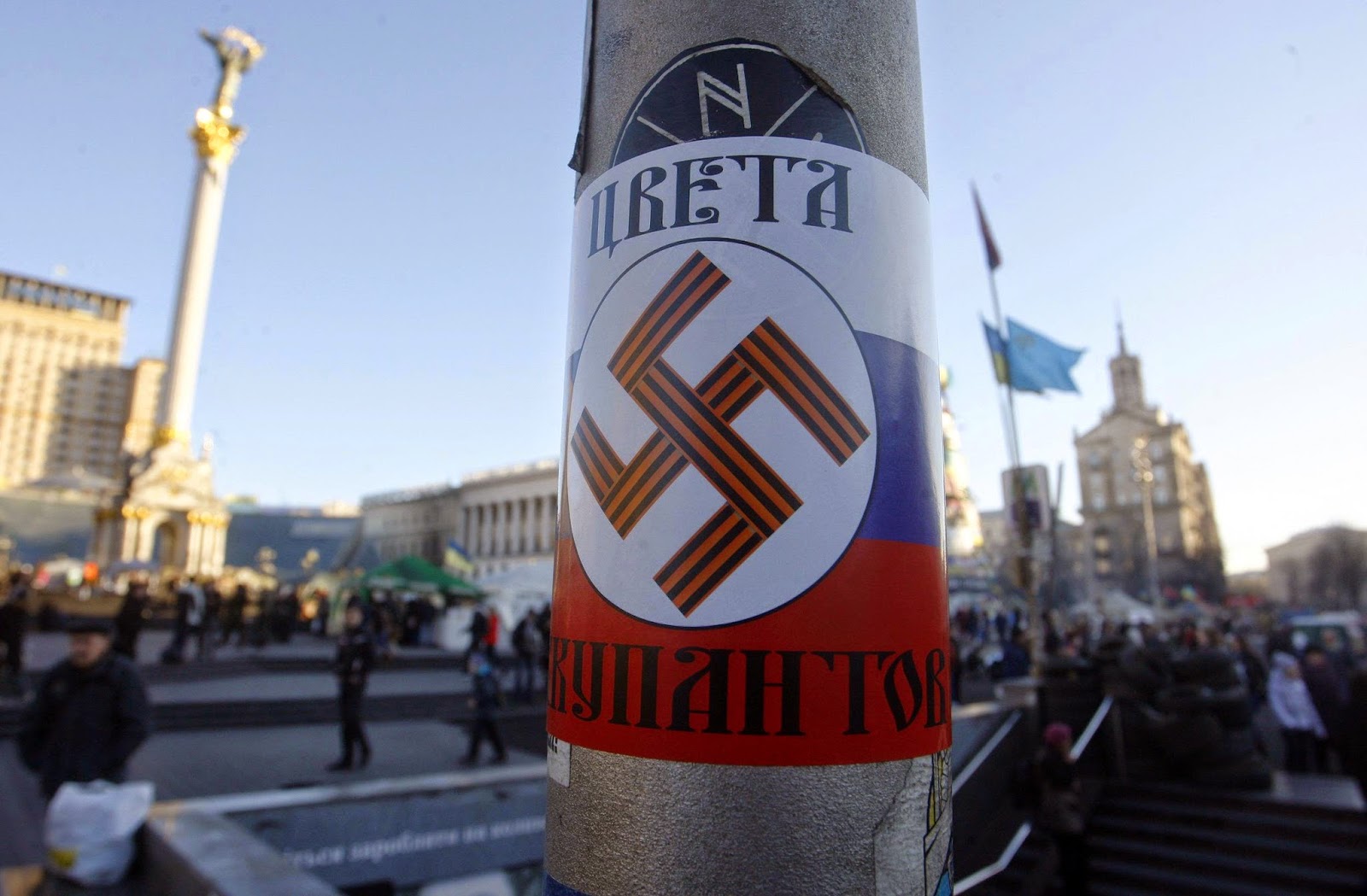 
The election results are clear. The bloc of oligarchs and nationalists, who longed for power at the Maidan, have consolidated their power. In this the junta became more homogeneous – the purely oligarchic parties have adopted Nazi rhetoric (Yatsenyuk first and foremost), and among the nationalists Lyashko came to the fore, more clearly elitist than the uncouth fans of SS runes, and not so embarrassing for Europe.

Actually the logic of the political process was understandable in the days of the Maidan -- the strongest momentum was to the right. And it passes through the strengthening of the neo-Nazi fringe, and the Nazification of moderate "pro-European" politicians.

The task of the SS, "Maidan Self-Defense," etc. is not to create a racially pure political elite, but to intimidate or destroy the political opposition. And -- "it's done." The Left (even those as conventionally left as the Communist Party of Ukraine) are no longer in the parliament. There is only the tame opposition of the "Opposition Bloc." The other parties differ only in the intensity of their nationalism.

All celebrate the militarization of politics (the presence of “warlords” in all the lists reflects the military theme of the election campaign). Here, too, there is nothing surprising: Fascism always goes hand in hand with militarism. It is a basic political law. Small wonder, then, that this pattern was evident in the Ukraine. If you shout "Ukraine uber alles", then you will get your Hermann Goering.

The election saw the meeting of two trends. First, the old dream of Maidan supporters to deprive the southeast of the opportunity to influence the political agenda. And second, lack of desire by the inhabitants of the southeast to participate in politics organized by Kiev. The result was an extremely low turnout in the southeast. The southeast remains unrepresented in the new government. This fact, along with the economic and social collapse, leaves no hope of reducing the “separatist fever” in these regions.

Naturally, no "anti-oligarchic” Maidan tendencies emerged, as some feverishly imagined. On the contrary, the power of money increased. It is not necessary to be a political analyst to see which oligarch is the puppeteer of this or that politician or “leader” --  it’s so apparent that it’s boring.

Pity the KPU. Simonenko and Co. tried to sit quietly and not quarrel with the junta. It didn't work. A businessman-politician like Simonenko does not understand that for the new regime, anti-communism is not just an element of the image, but its deepest principle.

Perhaps now, in retirement, he will recall what Georgi Dimitrov said: the fight against the Red Menace is the social function of fascism, without with the bourgeoisie has no interest in it -- including Ukrainian fascism.

The destruction of Lenin monuments was not casual.

Those who would like to build a new "Ukrainian left-wing party" in this context are absolutely ridiculous, of course.

But these followers of Comrade Manilow are too few to write about seriously.