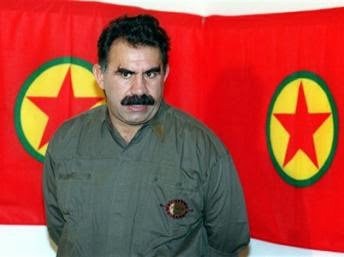 Democracy and Class Struggle says despite our reservations about the PKK negotiations with the Turkish Government - the role women YPJ comrades related to the PKK have played in defence of Kobane has been exemplary and is perfectly in line with the ideology of the PKK.

Here is a sample of Ocalan's writing on the Woman Question

Woman, reborn to freedom, will amount to general liberation, enlightenment and justice in all upper and lower institutions of society.

Woman’s freedom will play a stabilising and equalising role in forming the new civilisation and she will take her place under respectable, free and equal conditions. To achieve this, the necessary theoretical, programmatic, organisational and implementation work must be done. The reality of woman is a more concrete and analysable phenomenon than concepts such as “proletariat” and “oppressed nation”. The extent to which society can be thoroughly transformed is determined by the extent of the transformation attained by women.
Similarly, the level of woman’s freedom and equality determines the freedom and equality of all sections of society. Thus, democratisation of woman is decisive for the permanent establishment of democracy and secularism. For a democratic nation, woman’s freedom is of great importance too, as liberated woman constitutes liberated society. Liberated society in turn constitutes democratic nation. Moreover, the need to reverse the role of man is of revolutionary importance.
The dawn of the era of democratic civilisation represents not only the rebirth of peoples but, perhaps more distinctively, it represents the rise of woman. Woman, who was the creative goddess of the Neolithic society, has encountered continuous losses throughout the history of classed society.

Inverting this history will inevitably bring the most profound social results.
Woman, reborn to freedom, will amount to general liberation, enlightenment and justice in all upper and lower institutions of society. This will convince all that peace, not war, is more valuable and is to be exalted. Woman’s success is the success of society and the individual at all levels.

The twenty first century must be the era of awakening; the era of the liberated, emancipated woman. This is more important than class or national liberation. The era of democratic civilisation shall be the one when woman rises and succeeds fully.
It is realistic to see our century as the century when the will of the free woman will come to fruition. Therefore, permanent institutions for woman need to be established and maintained for perhaps a century. There is a need for Woman’s Freedom Parties. It is also vital that ideological, political and economic communes, based on woman’s freedom, are formed.
Women in general, but more specifically the Middle Eastern women, are the most energetic and active force of democratic society due to the characteristics described above.

The ultimate victory of democratic society is only possible with woman.
Peoples and women have been devastated by classed society ever since the Neolithic Age. They will now, as the pivotal agents of the democratic breakthrough, not only take revenge on history, but they will form the required anti-thesis by positioning themselves to the left of the rising democratic civilisation.
Women are truly the most reliable social agents on the road to an equal and libertarian society. In the Middle East, it is up to the women and the youth to ensure the anti-thesis needed for the democratisation of society. Woman’s awakening and being the leading societal force in this historical scene, has true antithetic value.
Due to the class characteristics of civilisations, their development has been based on male domination. This is what puts woman in this position of anti-thesis. In fact, in terms of overcoming the class divisions of society and male superiority, her position acquires the value of a new synthesis.

Therefore, the leadership position of woman’s movements in the democratisation of Middle Eastern society has historical characteristics that make this both an anti-thesis (due to being in Middle East) and a synthesis (globally). This area of work is the most crucial work that I have ever taken on. I believe it should have priority over the liberation of homelands and labour. If I am to be a freedom fighter, I cannot just ignore this:

Woman’s revolution is a revolution within a revolution.
It is the fundamental mission of the new leadership to provide the power of intellect and will needed to attain the three aspects crucial for the realisation of a democratic modernitysystem: a society that is democratic as well as economically and ecologically moral. To achieve this, we need to build a sufficient number of academic structures of appropriate quality. It is not enough to merely criticise the academic world of modernity–we have to develop an alternative.

These alternative academic units should be constructed according to the priorities and the needs of all the societal areas, such as economy and technology, ecology and agriculture, democratic politics, security and defence, culture, history, science and philosophy, religion and arts. Without a strong academic cadre, the elements of democratic modernity cannot be built. Academic cadres and elements of democratic modernity are equally important for attainment of success. Interrelationship is a must to attain meaning and success.
The struggle for freedom (not only of women but of all ethnicities and different sections of the community) is as old as the enslavement and exploitation history of humanity. Yearning for freedom is intrinsic to human nature. Much has been learnt from these struggles, also from the one we have been waging for the past 40 years. Democratic society has existed alongside different systems of mainstream civilisation.
Democratic modernity, the alternative system to capitalist modernity, is possible through a radical change of our mentality and the corresponding, radical and appropriate changes in our material reality. These changes, we must build together.
Finally, I would like to point out that the struggle for women’s freedom must be waged through the establishment of their own political parties, attaining a popular women’s movement, building their own non-governmental organisations and structures of democratic politics. All these must be handled together, simultaneously. The better women are able to escape the grip of male domination and society, the better they will be able to act and live according to their independence initiative. The more women empower themselves, the more they regain their free personality and identity.
Therefore, giving support to women’s ire, knowledge and freedom movement is the greatest display of comradeship and a value of humanity. I have full confidence that women, irrespective of their different cultures and ethnicities, all those who have been excluded from the system, will succeed. The twenty first century shall be the century of women’s liberation. I hope to make my own contributions – not only by writing on these issues, but by helping to implement the changes 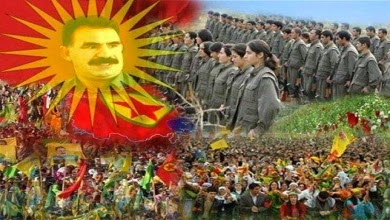