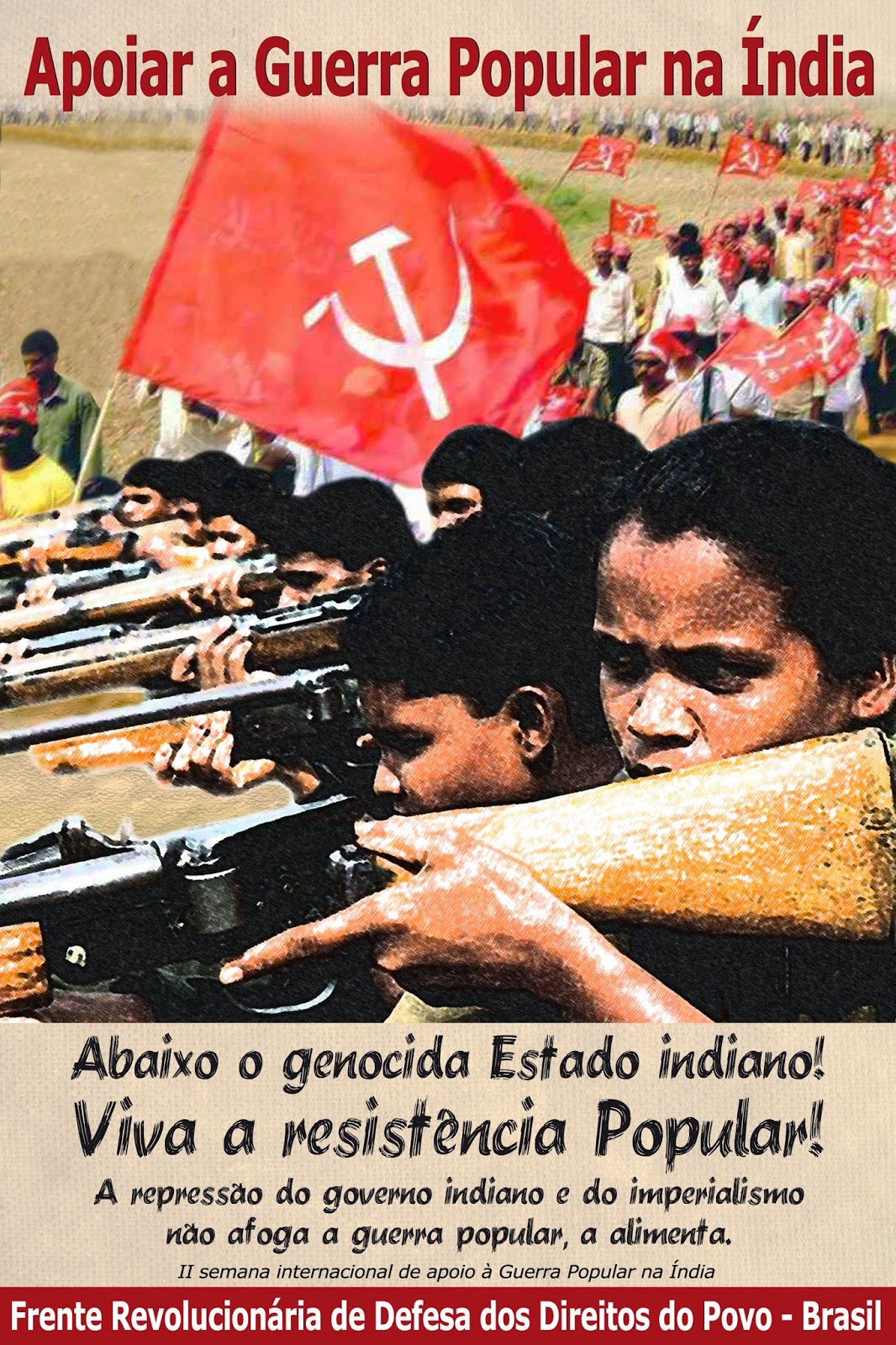 Warm greeting to the organizers of this event to celebrate the 10th
anniversary of the formation of the Communist Party of India (Maoist)
[CPI(M)] and in support of the people's war in India.

We warmly salute all the democratic and revolutionary parties and
organizations attending here.

We warmly salute the international proletariat and all the Maoist parties
which lead or are preparing people's wars, the CPI(M), its Central
Committee, all the leaders, cadres, members, the commanders and fighters of
the Heroic PLGA and all the masse of Indian people.

In the last 10 years, under the leadership of CPI(M) the people's war in
India achieved important advances, that are examples for the exploited
masses in the world and a solid foothold for the world proletarian
revolution.

We respectfully also remember the martyrs of the people's war in India, the
leaders Azad and Kishenji, brutally murdered by the India State and
imperialism and other member of CC, PB and party member at level of State,
Area, Sib Area and District and Village Party Committees, the members of the
PLGA and the United Front murdered.

As well ass all the martyrs who sacrificed their lives to accomplish their
revolutionary tasks all around the world. We want to salute also our loved
comrade Renato, murdered by police and landlords forces the 9th April 2012.
in front of the example of these comrades, we pay our most hart-felt and
proletarian homage and respect their memory. We are aware that without big
sacrifices we will not be able to go ahead on the path of PW nor to advance.

We salute also all the political prisoners and revolutionary war prisoners
in the world, who fight from the jails of enemy to transform them into
shining trenches of combat.

In this occasion we want assert again the defence of live of Abimael Guzman,
the chairman Gonzalo of PCP and stress the importance of his speech from the
jail, made on 24th September 1992, 22 years ago.

We also extend our salute to the liberation armed struggles in Iraq,
Afghanistan, Kurdistan and the heroic Palestine and also all the people's
masses who upsurge and fight against imperialism and reactionaries
throughout the world, especially those who fight under the leadership o
Maoist Parties.

To hold this meeting and celebrate the 10th Anniversary of the formation of
CPI(M), in a moment in which imperialism suffers one of the most serious
systemic crises in the history, sharpening all the contradictions in the
world, and the masses upraise in the world, is an important initiative for
the international proletariat.

To develop campaigns of support and solidarity with the people's war in
India is not only an internationalist, but also a way to show the masses in
our countries the only path to their liberation, the protracted people's
war.

All support to the People's War in India

Dare to fight dare to win!

Down with the imperialist war!