India: Condemn the raid and attack in the office of Forward Press Magazine following the diktats of Brahmanical forces! 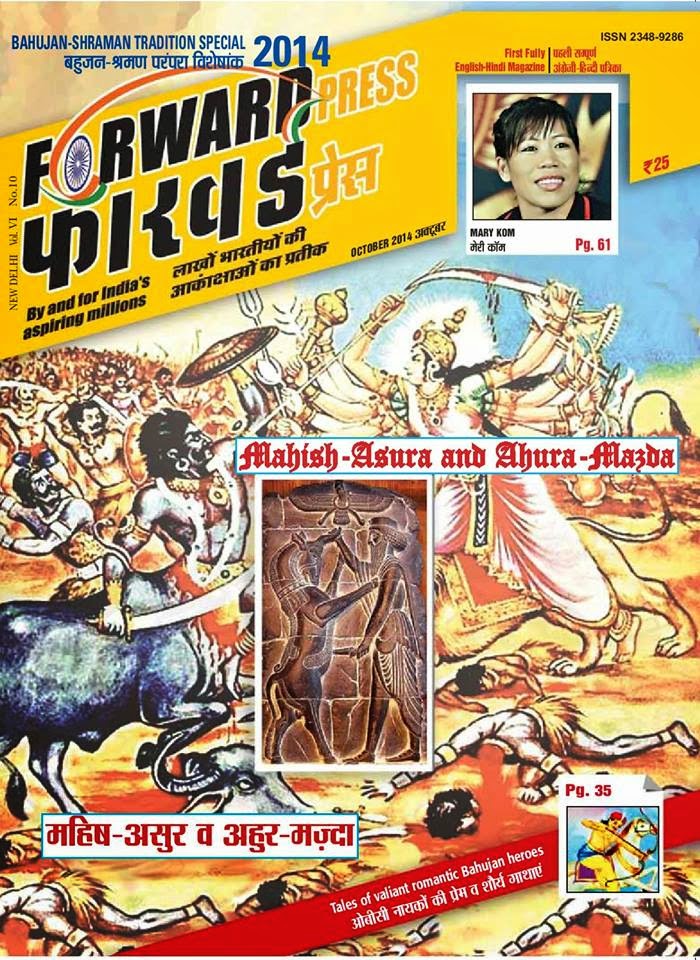 On 9th October, the special branch of Delhi police brazenly attacked and vandalised the Delhi office of Forward Press magazine, a Hindi-English bilingual monthly of Dalits and Bahujans, and forcibly seized copies of their October special issue on Bahujan Sramana Tradition along with arresting four employees.

The consulting editor of the magazine who is being maliciously targeted and threatened with arrest has stated in a press release that the October issue of the magazine has attempted a Bahujan reading of the story of Mahishasur and Durga through the medium of pictures and essays. This motivated act of police violence following the diktats of Brahmanical forces, is because of the attempt by Forward Press to challenge the dominant myths about Mahishasura.

He also added that the police forces were confiscating copies of the magazine from stalls in Delhi without any order of any court or competent authority.On the same night, rabid ABVP goons attacked and assaulted students attending a programme conducted by AIBSF on Mahishashur in JNU.

Hoodlums from ABVP even filed an FIR against a student in the Vasant Kunj police station for distributing copies of the article ‘Kiski Puja Kar Rahe Hai Bahujan’ from the magazine.

This is only a flashpoint in a chain of instances where writers, artists and scholars have faced a backlash from a right-wing bolstered by a communal fascist state and its machinery.

When James Laine’s book on Shivaji, Paul Courtwright’s book on a hindu deity, Wendy Doniger’s The Hindus: An alternative history or AK Ramanujan’s essay Three Hundred Ramayanas (which was removed from the history syllabus in Delhi University) allegedly ‘hurt the sentiments of certain religious communities’, it was not only these ‘hurt’ jingoist guardians ‘from Hindu right-wing organisations, but also the high court, universities and home ministry that issued diktats that the books be removed from syllabus, or banned, and even sanctioned arrest warrants and unleashed the police force upon them.

Agents of this state like the newly appointed ICHR chairperson Yellapragada Sudershan Rao or the self appointed custodian of preserving hindu myths, Dinanath Batra, however, are free to make open and rabid casteist and communal statements and celebrate their saffronized reinterpretation of history. At a time when everyone is hysterically brandishing a preposterous peace prize awarded to Kailash Satyarthi, at the same time, any other voice from the marginalized which even remotely challenge the dominant notions of history or even dare to present an alternative reading of the myths face censorship, clamp down and state repression.

The incarceration of cultural activists like Sudhir Dhawale, Hem Mishra and many others or clamp down on magazines like Peoples March only reveals one half of the oppressive face of the juggernaut that is the Indian State. The point is that it is not the adherence to a particular ideology or the use of violence that this state suppresses, it attacks and attempts to suppress all democratic voices of dissent even when they follow the politics of parliamentary democracy and Indian constitution.

The attack on Forward Press magazine only exposes the true character of the Indian State in cahoots with the oppressive agenda of Hindutva.


We condemn the police crackdown on the staff of Forward Press in strongest terms.