Stop police brutality: Protesting is not a crime 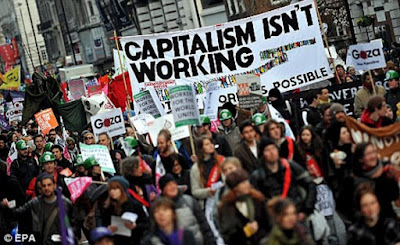 On Saturday 11 April, hundreds of protestors, dressed in black, marched in memory of Ian Tomlinson from Bethnal Green Police Station to the site of his death, where flowers were laid.
Posted by nickglais on 4/13/2009 01:53:00 PM