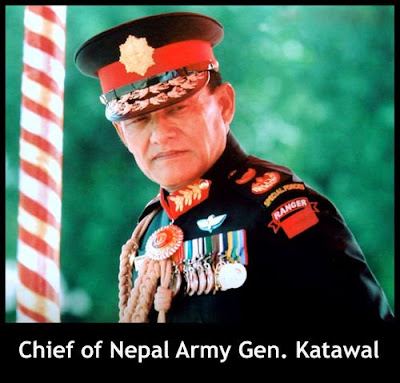 Inaugurating the Khurkot road section of the B. P. Highway in district headquarter of Sindhuli on Monday, PM Prachanda said controversy over army chief Rookmangood Katawal has drawn national and international attention and he the government does not want to drag it further.

He said government will take final decision by Tuesday with consensus among all political forces.

PM Prachanda expressed hope that major parties would support the government's move to sack army chief. "There is no alternative to the political consensus to take decision on national issues," he added.

He also reiterated government's commitment to take the peace process to a logical end. Stating that suspicion has been raised whether new constitution would be written within the prescribed time, PM Prachanda said his party and the government would leave no stone unturned when it comes to timely drafting of the statute.

He also trashed allegations from other parties that Maoists were heading towards a totalitarian political system.
Posted by nickglais on 4/27/2009 01:54:00 AM